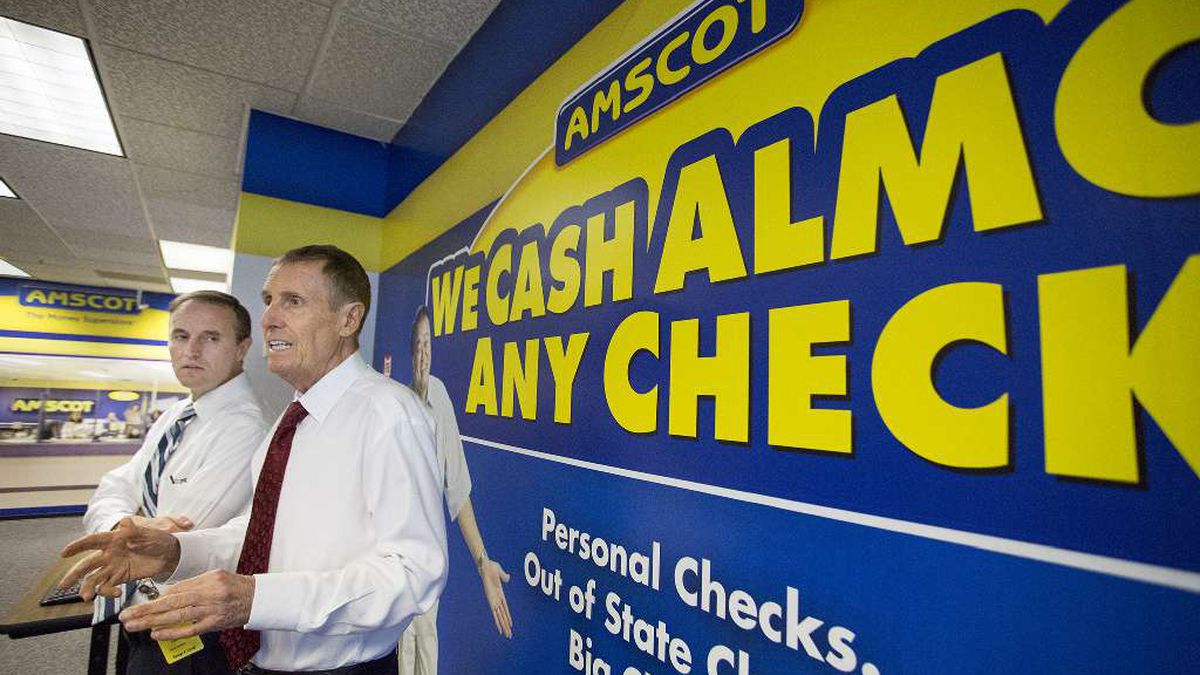 A new payday loan bill could save the industry. Or make it more profitable.

For critics of payday lenders, a bill in the Legislature that would result in bigger loans and higher fees is a gift to a predatory industry.

At a glance, they might be right. Floridians, mostly in poor neighborhoods, took out 7.7 million 12-month payday loans in 2016 and 2017. And nearly a third of all customers took out at least 12 loans that year, clear sign of the “debt trap” that lenders are taking advantage of, critics say.

But the bill is sailing through the Legislature with bipartisan support.

In short, the bill is an effort to help a powerful industry that may — or may not — see major changes in the years to come.

Payday lenders fear a new federal rule will nearly eliminate their primary product: the simple, small, one-time payment loan. In Florida, pay a lender $50 and they will give you a loan of $500. Within 30 days, the lender withdraws the $550 from your bank account. All you need is a pay stub to show you have a steady job.

But the Consumer Financial Protection Bureau proposed a rule last year that could restrict loans to people who have already taken out six loans in a year. Given the number of people who are regular borrowers, the Bureau believes that the rule could eliminate up to 62% of current payday loans.

“It might as well be 100%,” said Ian MacKechnie, founder and CEO of Tampa-based payday lender Amscot. “No one will be there. It’s bankrupting us.”

To get around the rule, lenders want to offer a second product: a loan of up to $1,000, repayable in installments within 60 to 90 days. This, however, requires a statewide change. Florida caps these loans at $500.

The new bill would also result in higher fees for customers. Instead of paying the $50 maximum twice for two $500 loans, the new fee increase to $216 for a single loan of $1,000.

State Sen. Rob Bradley, R-Fleming Island, one of the bill’s co-sponsors, called it “a very important bill this session.”

“Our Florida compatriots rely on this product,” Bradley said. “And there are 10,000 people working in this industry whose jobs would be at risk if we don’t address the actions of the federal government.”

He’s backed by Senate Democratic Minority Leader co-sponsor Oscar Braynon, D-Miami, who compared payday loan stores to hospitals — you don’t want to use them until you have to. .

“Some people don’t have a choice,” he said.

But the changes may not materialize. The new head of the CFPB said that the Bureau is now in the process of “reconsidering” the implementation of the rulewhich would come into force in August 2019.

But the industry is not counting on it.

“As an industry, we assume this is a bill that will come into effect,” MacKechnie said. “All we’re doing is asking our legislature to change our statute to allow us to continue to offer credit in a way that will continue to work.”

Despite the reputation of payday loans, economists have been surprisingly mixed on whether they are good or bad. They provide an essential service in poor communities that are underserved by banks, which do not offer short-term credit.

But federal officials viewed them as predatory and destructive products for some people. In 2006, Congress passed legislation capping interest rates for loans to active duty military at 36% per year, after a Pentagon study. found that military stress from payday loans interfered with “military readiness”.

This 36% annual percentage rate effectively eliminates payday loans which, if spread over a year, would have annual rates greater than 200% under the new bill.

Whether they are just good or bad is the wrong question, according to Mehrsa BaradaranAssociate Dean for Strategic Initiatives at the University of Georgia School of Law and author of the book, How the other half of the banks.

“Is it bad to take one of these loans? I think the answer is yes,” she said. “If you can get that money from any other source, it’s best to avoid them.”

But she said some people had no other option.

The concern is not that borrowers do not repay their loans. Less than 2% of customers default, according to data from Florida’s Office of Financial Regulation. Florida allows a 60-day grace period with no additional fees and free credit counseling for people who can’t pay their loans on time, and state law doesn’t allow people to take multiple ready at the same time.

Rather, the problem is that customers fall into a trap, where they realize they have to regularly rely on loans – and pay the fees – to get by.

“I am a religious leader who has seen up close and personal the damage caused by these types of loans,” the Reverend Rachel Gunter Shapard told lawmakers last week. “We believe it is based on exploiting our neighbors when they are vulnerable.”

State data shows heavy users of payday loans are the cash cow of the industry. The 28% of people who receive at least 12 loans a year account for 56% of all payday loan transactions.

MacKechnie said if the CFPB doesn’t enforce its rule and Florida’s bill passes, the new $1,000 loans could represent about 30% of the company’s loans.

“We’re backing up here,” she said. “We are creating a product that will cost the borrower even more than what is required by law today.”