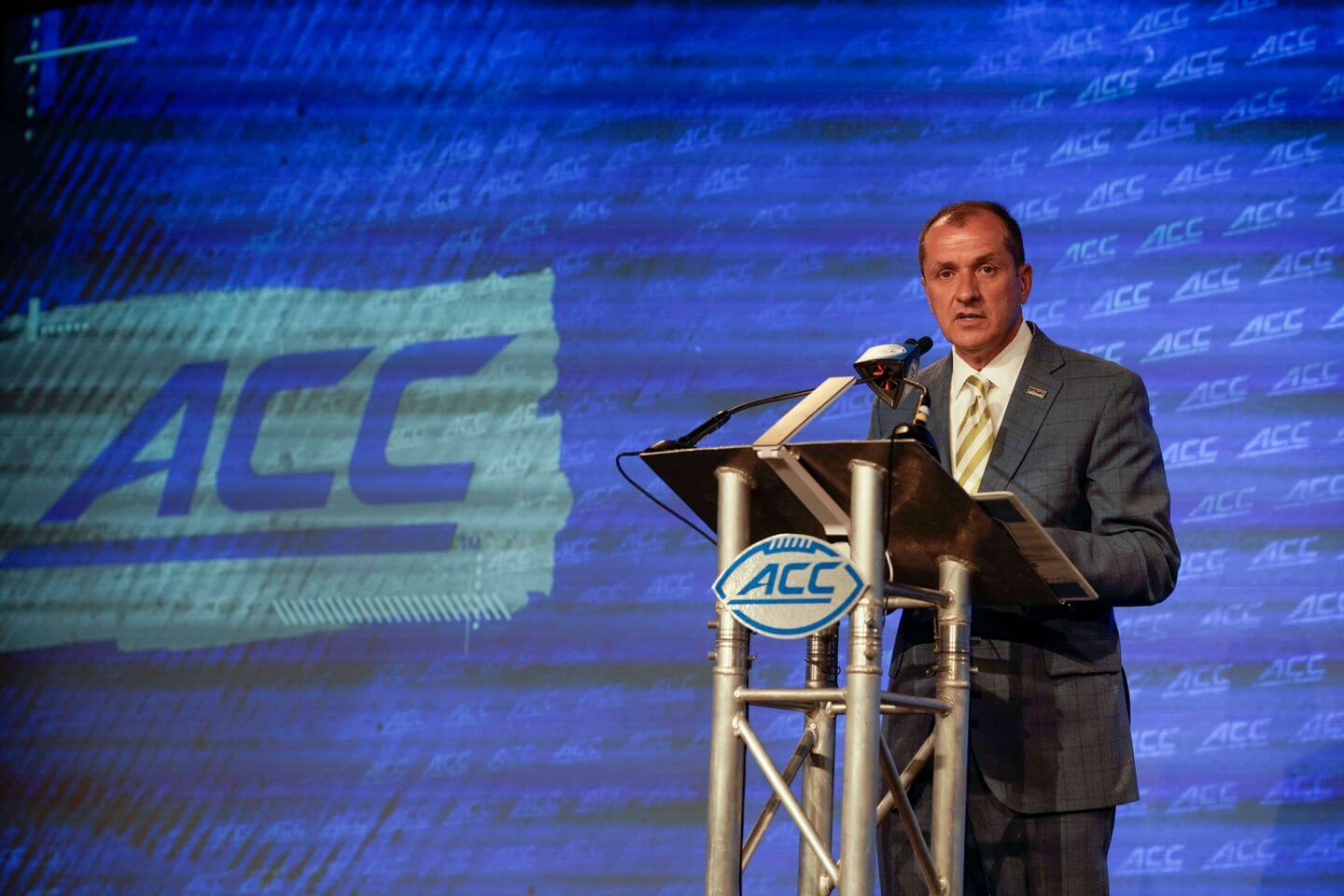 ACC Commissioner Jim Phillips kicked off his league’s Football Media Days Wednesday with a 28-minute opening statement addressing the overall health of college athletics and how the ACC plans to do their part to ensure the success of the company. It all came amid awareness of the growing revenue gap caused by the conference’s realignment elsewhere and questions from the public about the long-term health of its conference,

“I will continue to do what is in the ACC’s best interest, but I will also be a strong advocate for college athletics to be one healthy neighborhood, not two or three gated communities,” Phillips said.

A year ago around this time, news of the SEC adding Oklahoma and Texas from the Big 12 broke on ACC media days. Last month, the Big Ten announced the additions of UCLA and USC. The SEC and Big Ten have continued to separate themselves financially from the rest of the college landscape, with Big Ten schools expected to earn about $100 million per institution once its new media rights deal — currently being negotiated — is finalized.

By comparison, ACC schools received an average distribution of $36.1 million in the 2020-21 fiscal year, according to tax documents.

Presenting his conference as one of the national leaders in every significant measure “except the revenue portion”, Phillips repeatedly said that all options must be evaluated in order to improve the financial situation of the ACC.

“We’re not the pro ranks,” Phillips said. “It’s not the NFL or the NBA Light. We all stay competitive with each other, but it’s not and shouldn’t be a win-win or zero-sum structure. College athletics doesn’t has never been elitist or singularly commercial. It has provided countless people with a pathway to higher education, and therefore life-changing opportunities. Access, opportunity, and a modern rules-based structure must all remain a priority as we continue to evolve.”

The ACC schools signed a rights grant agreement in 2016 that runs concurrently with their ESPN television deal, which runs until 2035-36. The rights grant means that if a school were to leave the conference before this agreement expires, its media rights revenue would remain with the ACC – a crucial bond that has kept ACC schools together amid this era of conference instability elsewhere.

Asked about his confidence in being granted the rights in court if an ACC school challenges him in order to leave the league, Phillips pointed out that recent defectors from the Big 12 and Pac-12 must meet their legal obligations before leaving. join their new conferences. .

“I think the significance of what that would mean, the television rights that the conference owns, as well as a nine-figure financial penalty, I think that holds up, but your guess is as good as mine,” he said. Phillips said.

The commissioner reinforced his conference’s close relationship with Notre Dame, saying he respects the independence of Irish football and if they ever reconsider that position, he feels good that the ACC is the conference at which the Irish would join. (Notre Dame is an ACC member in all other sports.)

As for the Alliance, the ill-fated gentleman’s agreement that the ACC, Big Ten and Pac-12 announced last August before the Big Ten attacked the Pac-12 for UCLA and USC in June, Phillips said: “Look, I’m proud of the work we’ve done at the Alliance. It was the Big Ten’s decision to do what they did. It’s not for me to judge. They did what they thought was in the best interest of the conference.

Phillips also addressed the potential relocation of the ACC office, saying he didn’t want to set a timeline for the move, but hoped to have something to share within a month or two. He reiterated again that three cities from two states are on the line – Greensboro, Charlotte and Orlando, Fla., sources said – as the league seeks to make a decision on a move it first announced that she was exploring in early 2021. The ACC has been in Greensboro since its founding in 1953.