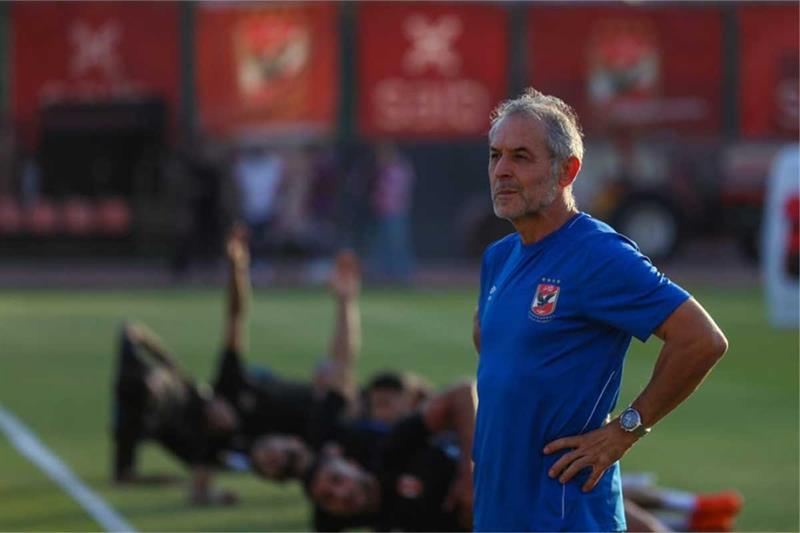 Ahly had a season to forget last term, finishing third in the Egyptian Premier League for their worst position in 30 years. They also lost 2-0 to Morocco’s Wydad in the African Champions League final.

“Coaching Al Ahly is like a new challenge for me, and I want to win it,” Koller said in an interview with the club’s official website.

“Working with a team like Al Ahly is a great opportunity for me. I want to win the CAF Champions League title and all local championships. My goal is to win everything with Al Ahly.

“Winning trophies takes a lot of effort and hard work, and I’m confident the players will do everything possible to win.”

The 61-year-old stressed the importance of unity, saying “no one can succeed alone”.

“We definitely need the support of everyone at the club. It’s very important to have that feeling in the team, and when we have that spirit, we’ll get stronger and things will go in the right direction.” , he added.

“The team has to show quality, not only in training but also in games. You have to give everything you have until the referee blows his final whistle.”

The former Austria coach said he was aware that working outside Europe would be a big challenge for him, but was ready to take it on.

Koller, who began his coaching career in 1997 when he took charge of Swiss second division side FC will, had never worked outside Europe.

He has worked with several Swiss clubs such as ST Gallen, Grasshoppers and Basel as well as with German teams FC Koln and Bochum.

“My biggest challenge is to work in a foreign country with a different culture from Europe. However, I will work to understand these differences in order to succeed.”

“Grasshopper Club Zürich is a big club in Switzerland, but not as big as Ahly. However, they had the mentality to win every game. I had a great experience while playing with them because we don’t aim than victory.

“Ahly has the same culture of winning, as the club is always looking to win all the titles,” he concluded.