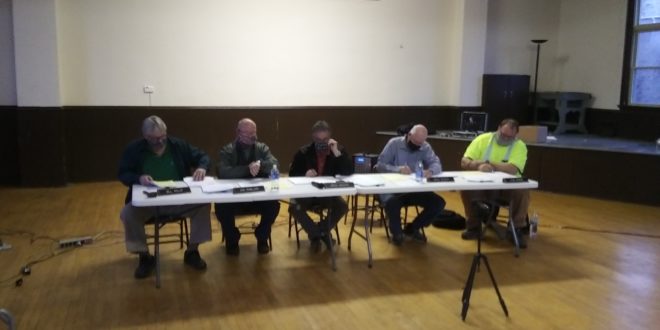 Emergency communications issues took center stage last night at meetings of the Baraga County Commissioners Council and L’Anse Village Council. At the L’Anse council meeting, village fire chief Mike Bianco explained that the system that connects law enforcement and first responders via radio and pagers had recently been down for three weeks. The repairs only lasted a week before the aging system broke down again.

Bianco said the back-up plan is an old-fashioned phone tree, in which firefighters must be called individually, which can cost valuable time responding to an emergency.

At the county board meeting, Sheriff Joe Brogan told commissioners the current system uses an old frequency that is not compatible with radios used by other first responders in the area. The system never provided consistent service to parts of the county, including the townships of Covington and Arvon. The Baraga County 911 committee recently decided to begin a system-wide upgrade. An initial investment of $ 60,000 will provide a new radio and paging system for the Sheriff’s Department, L’Anse and Baraga Police, and the seven volunteer fire departments that serve the county. Brogan said there was enough money in the county’s 911 fund to cover the costs, but suggested that the COVID-19 relief money could be used instead.