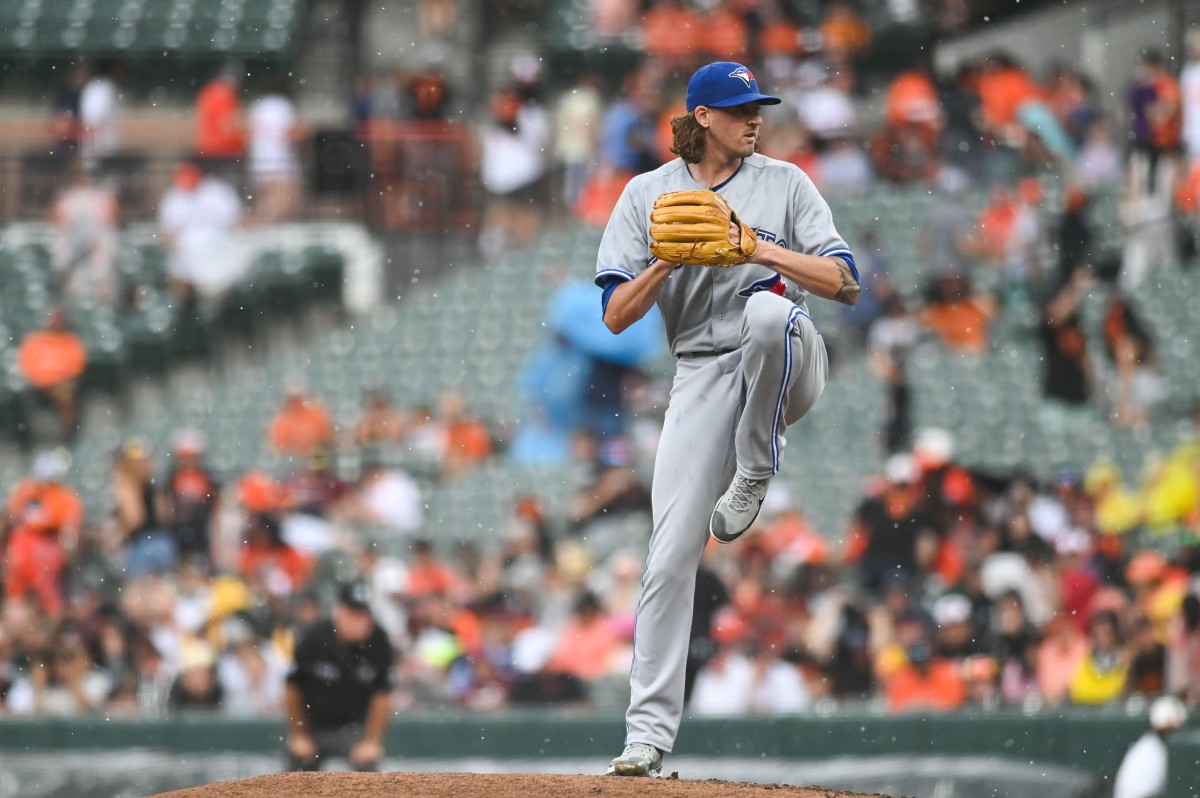 Blue Jays starting pitcher Kevin Gausman nearly got kicked out after a controversial call in the fourth inning of Monday’s game against the Orioles.

After Baltimore catcher Adley Rutschman kicked off the inning with a single – he was the O’s first base runner in the game – Gausman braced himself for his next pitch, pumping his front foot rhythmically, before the second base umpire Jeff Nelson calls the right-hander. for a scrap.

Gausman was livid on the call, walking towards Nelson before shortstop Bo Bichette smartly sprinted to intervene, ultimately preventing the ejection of the starter, which would have been disastrous in the first game of a doubleheader.

The call itself was questionable, as Gausman repeated the move in each of his subsequent throws off the stretch without any protest from the referee team. It looks like Nelson had a problem with Gausman’s flurry of toe kicks before delivering to the plate.

The waiver controversy seemed to inflame Gausman, who quickly pulled the side out in order to end the inning. The 31-year-old made sure to take a look at Nelson as he also strutted off the mound.

It’s no surprise that emotions are running high at Camden Yards, as the Blue Jays and Orioles are currently in a tight race for the third AL wildcard spot. Heading into Monday, Baltimore trailed Toronto by just 1.5 games.

You can read more about the Blue Jays wild-card sprint here.