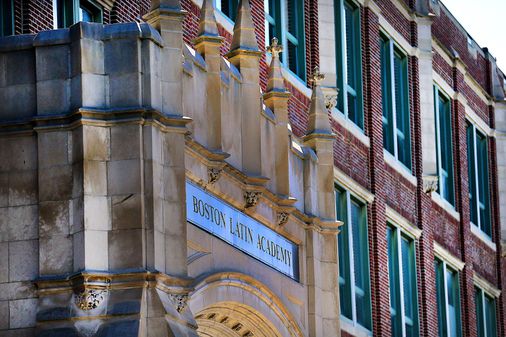 The schools are desirable, and for good reason: While the rest of Boston’s high schools often struggle academically, the high-performing exam schools are the best the city has to offer, providing students who pass the exam process with admission a solid and rigorous academic training. path to college and career.

In reviewing this admissions process, the panel could begin with the controversy over a provision awarding 10 “bonus points” to applicants from high-poverty schools – that is, schools with at least 40% of students from economically disadvantaged households.

The problem is that the premium goes to every student who attends such a school, even if their families are middle class or well-to-do.

Naturally, it’s the parents of the handful of schools that don’t qualify for the boost that do a stench. But as interested as they are, they are right. There is a fundamental fairness issue at stake. And the 10 bonus points are not nothing. Admissions are determined by converting grades – and, from next year, grades and performance on an entrance exam – into a composite score of 100 points. With bonus points, an 80 turns into 90, a 90 turns into 100, and a 100 turns into 110.

But dropping bonus points, without any substitutes, would be a mistake.

The problem here is not the intent – ​​the school board was right to give a boost to low-income kids facing high barriers to entry – but rather the execution. The bonus point system is simply too blunt an instrument.

The best approach to helping low-income students would be to use individual-level data to identify children from families that are, for example, enrolled in Medicaid or state food stamp programs. But bureaucratic problems make it difficult for the district to access this type of information about students from parochial schools or other private schools applying to Boston Latin School, Boston Latin Academy or John D O’Bryant School of Mathematics and Science.

If these problems are not resolved, the district could turn to a system like the one in place in the Charlotte-Mecklenburg Schools: combining self-reported information on a family’s income and education level with information on the socioeconomic status of the student’s neighborhood.

Another option would be to rely more on the neighborhood elements already built into Boston’s admissions policy. Starting this year, the district divides candidate census tracts into eight socioeconomic tiers — grouping neighborhoods based on poverty levels and other factors — and allocates the same number of seats to each. The idea is to have students compete against students from similar backgrounds, giving a boost to low-income children with academic potential who might not win direct competition with children from similar backgrounds. more privileged.

And if it’s students the new admissions policy aims to help, then the district could ditch the reluctant bonus point system and simply provide more seats for students from lower socioeconomic levels.

Levels, of course, are an imperfect measure of students’ socioeconomic status; there are middle-class children who live in the poorer neighborhoods of the city. But the neighborhood approach would surely do a better job of targeting low-income children than the school system.

Just look at Mendell Elementary School on the Jamaica Plain-Roxbury border, which barely qualifies as a school for the very poor. With only 40% of students coming from economically disadvantaged families, 6 out of 10 students are better off – and still eligible for bonus points under the current system.

Now, in fairness, the bonus points system was not designed to target low-income children, but rather underfunded schools that historically sent few, if any, students to exam schools. However, the 40% threshold seems to be a brutal measure of school resources. And the most compelling approach targets the child’s individual circumstances.

There is plenty of research at this point confirming what we have known for a long time about how a young person’s neighborhood and family situation can shape their destiny.

Let’s pay attention to it.

Editorials represent the opinions of the Editorial Board of The Boston Globe. Follow us on Twitter at @GlobeOpinion.