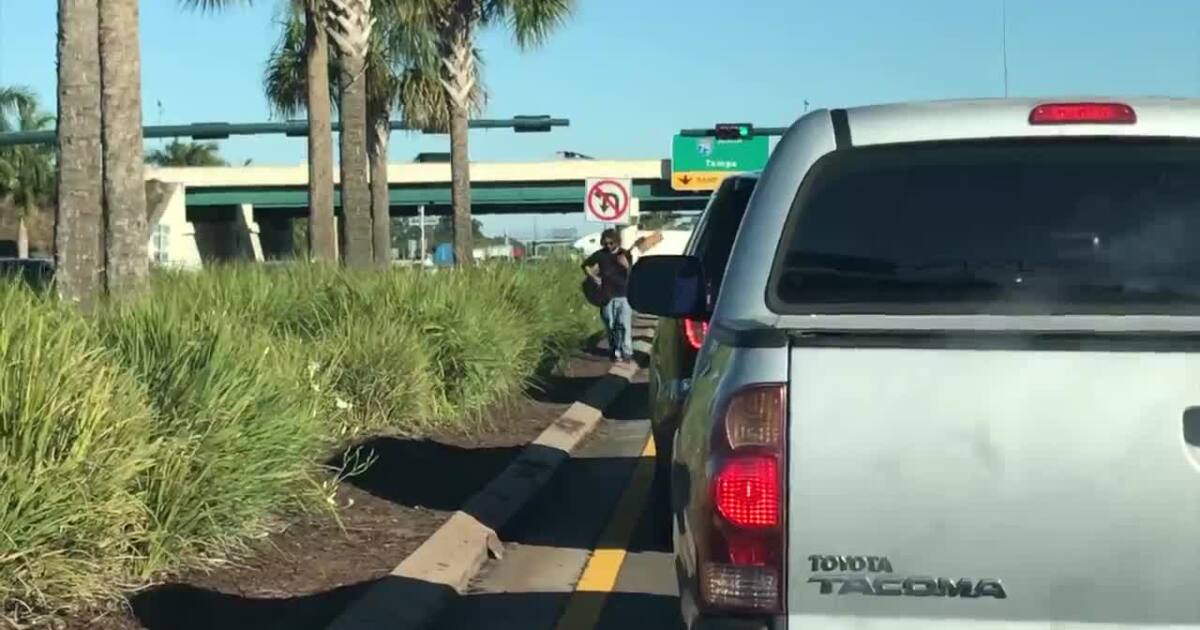 NAPLES, Fla. — Collier County leaders say they’ve noticed an increase in people on the side of the roads asking for money. In response, they adopted new rules to try to protect these beggars.

Last week county commissioners passed what they called a pedestrian safety ordinance. The new rules aim to keep people away from intersections and traffic.

However, the commissioners *not* completely banned begging. They legally say they can’t.

“My office and I’m sure all of the commissioners have been getting more and more reports from people who are on the road asking for money,” Commissioner Penny Taylor said. “It’s a dangerous place. Very dangerous.”

The new rules do not prohibit begging, but they limit how pedestrians can approach cars. This includes making it illegal to stand in the medians.

Commissioners say the new rules are needed in Collier County, where 521 pedestrians have been involved in car crashes over the past four years, and 21 of them have died.

“We’re not saying don’t do it. We cannot legally,” Taylor said. “What we’re saying is, ‘Be safe, and that’s how you’ll be safe.

St. Matthew’s House, Naples’ homeless shelter, also wants to keep them safe. St. Matthew’s officials say they have seen a surge in demand for their services.

“Our waiting list is typically between 40 and 60 people and families at any one time,” said Ray Steadman, vice president of programs at St. Matthew’s. “Currently, our waiting list has over 100 individuals and families. 20 of these 100 are mothers with children.

This ever-growing waiting list is a symptom of the population boom that Collier County has experienced in recent years.

“It’s a function of our growth,” Taylor said. “It’s happened in every major city for as long as I can remember. But we’re now one of those great communities, and I think that’s why. »

Although St. Matthew’s does not have a position on the new pedestrian safety ordinance, Ray Steadman said the shelter is there to help anyone affected by the new laws.

“For people who may not be able to beg for money in the future, they can definitely come to our facility, our food ministry, and we will serve them a hot meal for at least meet their most basic needs,” Steadman said. .

Commissioners say these new pedestrian safety rules will be enforced by the sheriff’s office from now on.