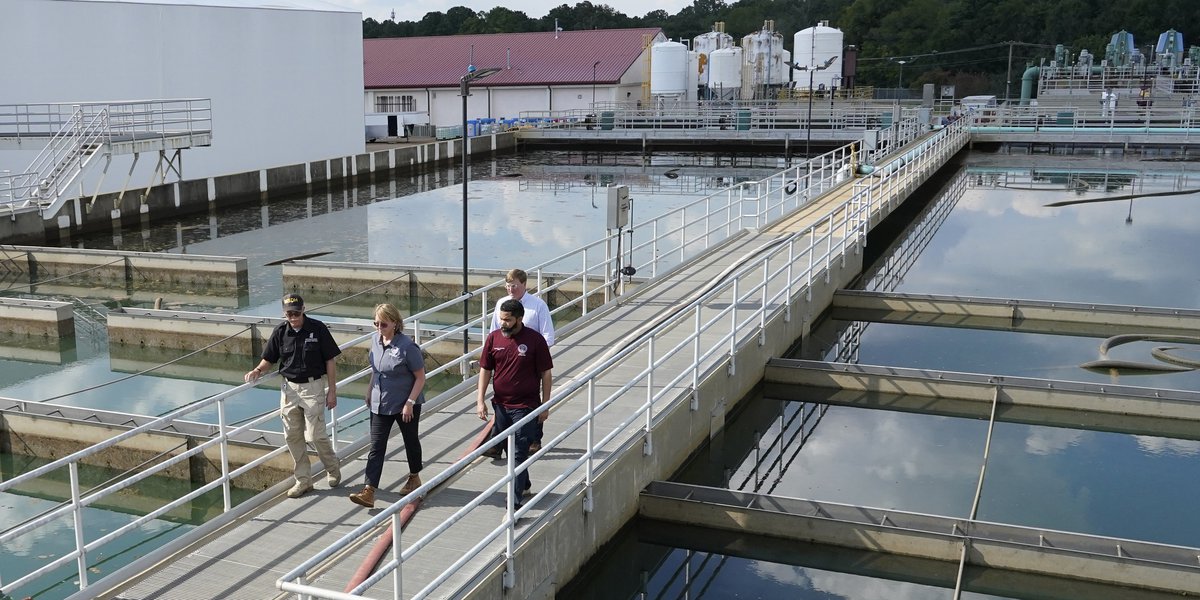 The Governor is not committing to any plan but seems to think the city will probably lose control.

“But to the people of Jackson, I would just say, I don’t think it’s very likely that the city will operate the City of Jackson water system any time soon, if ever,” Gov. Tate Reeves said.

Gov. Tate Reeves on Thursday doubled down on his lack of confidence in the city once the state backs out of this water emergency, citing scenarios for other potential next steps.

“The EPA could step in and attempt to resume operations of the Jackson water system,” he noted.

We contacted the city for a response and received this statement.

“We have no comment on the governor’s statement…and we continue to work closely with the coalition of teams fighting for the residents of Jackson. The city remains committed to working diligently in partnership with those who truly want Jackson to succeed. Melissa Faith Payne, Jackson’s Director of Communications.

After speaking with two members of Jackson’s delegation and others over the past few weeks, it seems there’s still no consensus on what exactly the next steps should be. But they don’t agree with leaving the city out of the equation altogether. In reference to Governor’s comments…

“I think it was very premature and a lot more conversations need to happen,” noted Sen. Sollie Norwood.

Rep. Shanda Yates would instead like to see a regional water commission or authority formed that includes other surrounding towns.

“Am I saying this, that there shouldn’t be a performance?” noted Yates. “No. But what I’m saying is that I don’t think the state should fix these issues. And then we immediately go back to what we had before.

Senator Sollie Norwood is not yet ready to commit to any specific proposals.

“It took the system to break down for us to provide that,” Norwood said. “And now all of a sudden you say you know, hey, I get it. No, it’s not that simple. »