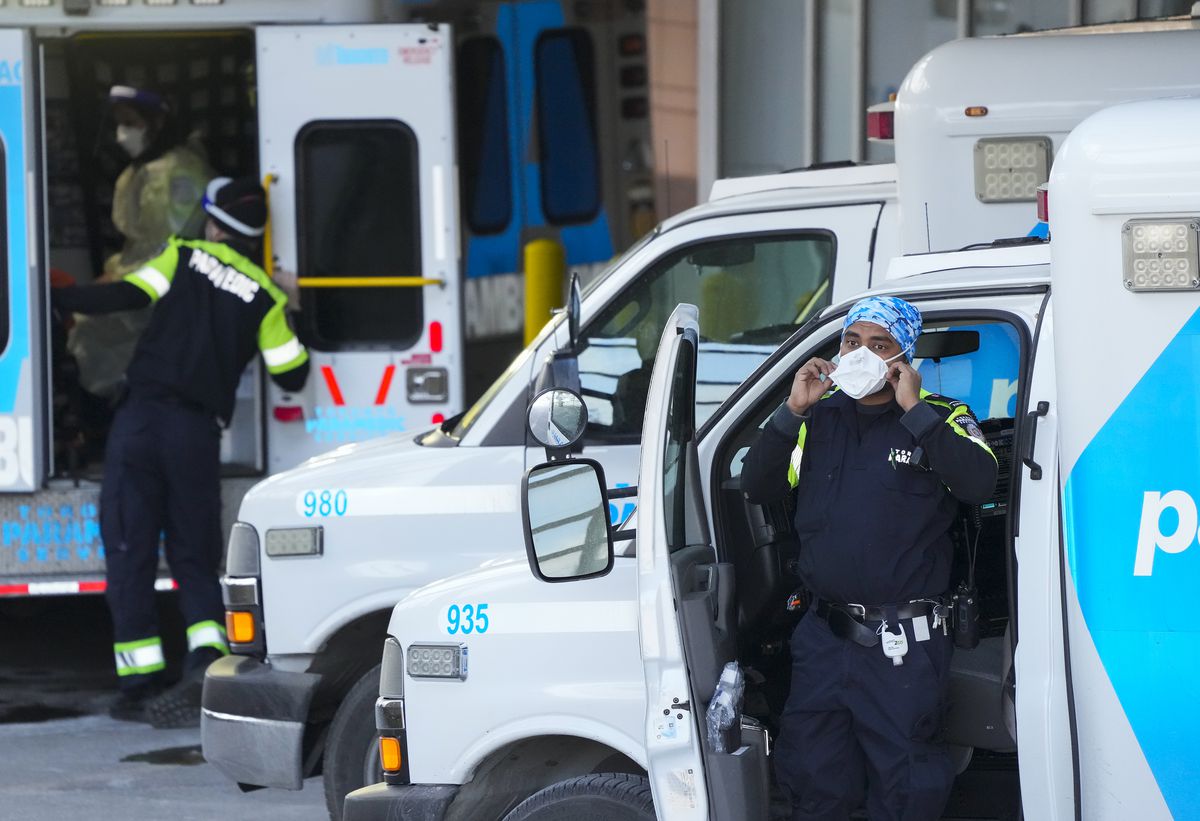 A surge in COVID-19 cases driven by the rapid spread of the Omicron variant is being widely felt across the healthcare system, with staffing shortages affecting a range of services, including home care, laboratory testing and medical services. emergency response.

In provinces such as British Columbia, Alberta, Ontario and Quebec, a shortage of paramedics has led to fewer ambulances on the road. Troy Clifford, president of Ambulance Paramedics of BC, said that for more than a year, 20 to 30 per cent of ambulances in the province have been out of service because there aren’t enough staff to staff them. During the holidays, that jumped to 40 or 50 percent in some communities, he said.

“In some small rural and remote communities we have two, three ambulances up to one ambulance, and in some of those communities we don’t have an ambulance,” Clifford said. “In the Lower Mainland, we have approximately 120 ambulances capable of transporting from Hope to Pemberton. We have, at peak times during the holidays, 50 out of service.

British Columbia’s emergency response system had faced staffing shortages and high call volumes long before Omicron. During the height of last summer’s heat wave, some 911 callers reported busy signals and waits of more than 10 hours for ambulances to arrive.

British Columbia Emergency Health Services was unable to provide data on the number of paramedics and dispatchers sick with COVID-19. The number of sick days for six days at the start of January showed 334 paramedics and dispatchers were called in sick for any illness, compared to 211 during the same period in January 2021. This does not include counts from rural stations, which use a different planning system.

On January 8, the union representing Toronto’s paramedics tweeted that there was a “code red” – a situation where no city ambulance was available to respond to calls. City officials later said it was a serious but common problem. Ambulances are treating more patients than in the past and bringing them to facilities where large numbers of medical staff are calling in sick, officials said. In such situations, ambulances may start to queue.

“Hospital wait times, commonly referred to as offload delays, are the most significant factor contributing to the availability of ambulances from Toronto Paramedic Services,” said Toronto Fire Chief Matthew Pegg. On Code Red Day, there were times when more than 50 ambulances were waiting to transfer patients to hospital care, he said.

But city officials added that they deploy more than 100 ambulances during peak hours and paramedics offload non-emergency calls to firefighters. In times of crisis, paramedics can also come to Toronto from adjacent municipalities as needed.

The Health Sciences Association of Alberta (HSAA), which has job report on ambulance shortages, wait times and understaffing, calls on the Government of Alberta and Alberta Health Services (AHS) to disclose the true impact of Omicron on the healthcare workforce. The union says that while AHS tracks staffing levels, the union only has access to voluntary reports.

“AHS needs to tell us the number of healthcare workers unable to work due to COVID-19,” HSAA President Mike Parker said in a statement.

“We all have the right to know how devastating these next few weeks could be and to demand that the government act on this information. … Ambulances responding to emergencies from Hanna to Calgary, or from Lloydminster to Edmonton, are not signs that all is well.

Staffing shortages extend to hospitals, where scheduled surgeries have been postponed as doctors and nurses work to care for a surge in COVID-19 patients while falling ill themselves.

Over the past week, doctor shortages have led to temporary overnight closures of emergency departments, including at Nicola Valley Hospital in British Columbia and Porcupine Carragana Hospital in Saskatchewan. Alberta’s Rocky Mountain House Health Center was unable to provide obstetric services for three days and referred patients to a hospital 80 kilometers away.

Coronavirus tracker: How many cases of COVID-19 are there in Canada and around the world? The latest maps and charts

Where can I book a COVID-19 reminder or vaccination appointment for my children? Last rules by province

On Monday, Hamilton Health Sciences in Ontario is closing its West End urgent care clinic for up to eight weeks so it can redeploy doctors, nurses and other emergency-trained staff to departments. emergency and other high priority areas.

The Ontario Community Support Association has reported similar pressure on nonprofit groups that help seniors and people with chronic conditions live independently in that province.

“It’s a sector that supports a lot of people in Ontario,” said Deborah Simon, executive director of the umbrella group, which includes entities such as Meals on Wheels. Rising infection rates are hitting customers, she said, and also driving volunteers away. Organizations facing staff shortages try to make do by sending their office workers to attend to customers.

“Programs that were run by volunteers are now supported by staff,” said Ms. Simon.

In British Columbia, LifeLabs, Canada’s largest network of medical laboratories, temporarily closed 11 sites and reduced hours at five others, “due to the release of Omicron and related protocols, which had serious repercussions on employees”. The closures are expected to last at least two weeks.

Sign up for the Coronavirus Update Information Bulletin to read the essential coronavirus news, articles and explainers of the day written by Globe reporters and editors.