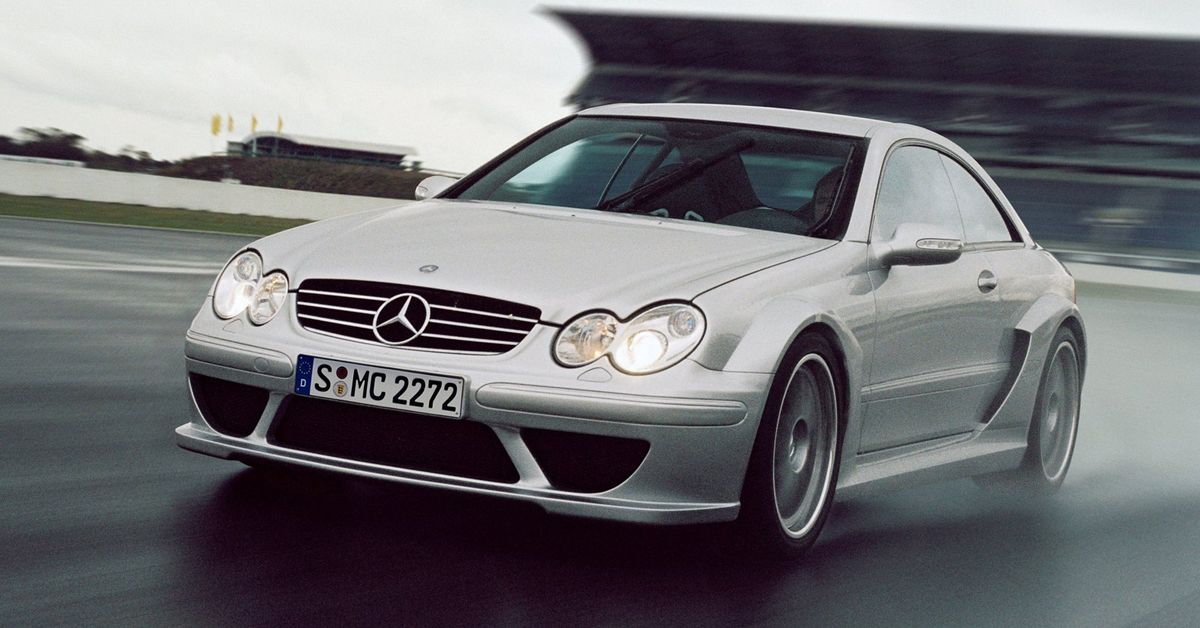 When we think of V8 power, the first thing that comes to mind is the American muscle car of the 60s. But there are a lot of incredible V8 engines out there. sports cars Germany did too, and while we know them, we don’t associate them with a V8 as quickly as a Mustang or Corvette. That said; there’s nothing the German car industry can’t do, except maybe make an economical car. Oh wait, Volkswagen did that.

We all know and appreciate German sports cars for their performance and prowess, and of course, for their luxury too, especially if we can afford them. So here are some of the coolest V8-powered sports cars that Germany is proud of. You’ll find Mercs, Audis, Bimmers and AMGs here, but Porsche remains a loyal flat-six, turning its chic nose on the V8, and that’s fine.

The Mercedes-Benz SLS AMG speedster was made from 2010 to 2015 and comes with monstrous V8 power. It’s a 6.2-litre mill that AMG has called the world’s most powerful naturally aspirated production engine, making it one of the coolest V8-powered sports cars made in Germany.

This large-capacity V8 is mated to a 7-speed dual-clutch automatic to produce 563 horsepower and delivers a 3.5-second 0-60 mph sprint to a top speed of 197 mph. Along with its throbbing V8, it featured retro-inspired gullwing doors reminiscent of the heyday of the 1950s SL Roadster.

Related: These German Sports Cars Used To Cost A Fortune… Now Anyone Can Own Them

Manufactured between 1998 and 2003, the BMW M5 featured the very first V8 from the BMW M division, called the S62. The same engine was also later installed in the Z8 Roadster and featured individual throttle bodies as well as the VANOS variable valve timing system.

The engine also had a trick to avoid oil starvation in hard corners, and it was a semi-dry sump oil system with two scavenge pumps. The nearly 5.0-liter V8 managed 390 horsepower, making the M5 one of the most capable V8-powered sports cars Germany had ever dreamed up.

The Mercedes-AMG GT 63 S clocked a 0-62 MPH in just 3.2 seconds, all thanks to a powerful 4.0-liter V8 Biturbo engine. This V8-powered 4-door coupe that Germany is justifiably proud of, develops 630 horsepower and 627 lb-ft. of torque, making it more beastly than the top-rated AMG GT R supercar.

The Mercedes-AMG GT 63 S debuted in 2018 and is now growing, with motorsport in its very DNA, ably aided by the AMG Ride Control+ system and active rear axle steering. On a 4-door coupe, of course.

The 2006-12 Audi R8 carried the same V8 used across the entire Audi lineup, but it was redesigned to have much higher rpm than before. The V8 is now available in two versions, the “comfort” version has entered all luxury sedans while the V8 HIPO has entered the R8, the reason why Jason Statham did stunts in Carrier.

It was also the first Audi V8 engine to use the stratified fuel injection system that had been brought over from endurance racing cars. On a 6-speed manual, this car was nearly unstoppable, making it one of many V8-powered sports cars that Germany calls a heritage.

The engine was made from the S85 V10 by pushing back two cylinders and carried the same individual throttle bodies and a double VANOS variable valve timing system. The revving was out of this world, making it one of the coolest V8-powered sports cars Germany has ever made.

Related: These Are 10 Of The Greatest Cars In BMW’s M Division

The Mercedes-AMG GT Black Series debuted in 2021 and has been exotically tuned by AMG, known for taking Mercedes-Benz cars and voodooing their engines to produce insane amounts of power. The Black Series is the big boss of the GT Series and makes an insane 720 horsepower.

It’s arguably the most powerful road car Mercedes-AMG has ever made and features a 4.0-liter V8 that helps it go from 0-62 mph in 3.1 seconds. at top speeds of 202 mph. It is one of the most powerful V8-powered sports cars Germany has ever come up with.

Related: 10 new cars with crazy horsepower per liter of displacement

The RS7 hides a monster under the hood, and its understated yet sporty looks make it a near-sleeper, and one of the coolest German-made V8-powered sports cars, having made its debut in 2013.

As a brand, AMG started to get noticed in the 80s and Hammer became very popular. To make the Hammer, AMG took the W124-generation E-Class and replaced the engine with a high-performance version of the S-Class’ larger 5.6-liter V8.

The 355 horsepower Hammer later became a 375 horsepower once the engine displacement was increased to 6.0 liters. It’s a powerful road weapon, much like Ferraris and Lamborghinis, but the weight of the car makes it a very different ride. It’s a V8-powered sports car that Germany should honor as one of its best.

Currently, it is the most powerful engine for a production BMW and it is packed with driving technologies. Adaptive M suspension, active M differential, adjustable M sports exhaust and an integrated brake system were part of the deal. It’s one of the coolest V8-powered sports cars that Germany is making right now.

One of the brand’s most notable DTM vehicles was the W209 CLK AMG. Bernd Schneider drove it to a championship trophy in 2003 and some 180 road cars have been made, inspired by the racing car. The racing stripes, bulges and scoops also added luster to this German-made V8-powered sports car we now remember.

These cool RWD sports cars will last you a lifetime

While they can be endless fun on the road, most RWD sports cars don’t enjoy the best reliability ratings. Here are a few that break that mould.

Arun Singh Pundir is a lifelong media hacker and has worked most of his life in sales and marketing. In 2018, he officially switched sides for the editorial. He lives with his wife, two naughty sons and is a car and motorbike buff in his spare time. Not that he has too much free time. He currently writes news, features and lists for HotCars on anything with a number or type of wheels. He also writes about pop culture, lifestyle, and all things rich for TheRichest. For now, he considers his Isuzu D-Max V-Cross, Suzuki Ciaz and Royal Enfield Classic 500 the current three flames of his life. His dream is to drive around the world; even if it takes more than eighty days.