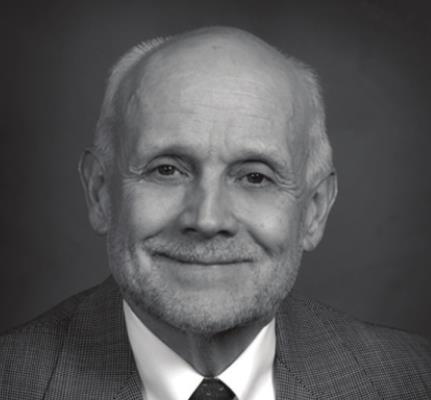 Kansas lawmakers want to expand their power to control women’s lives. They proposed a constitutional amendment in the August 2 ballot that gives them that power. Their plan distrusts women and will expand the reach of government. Kansans who value individual freedom and limited government should view this proposal with deep skepticism.

The Kansas Supreme Court ruled in 2019 that the Kansas Constitution’s Bill of Rights “protects the right to personal autonomy, which includes the ability to control one’s own body, assert one’s bodily integrity, and exercise one’s self-determination. This right allows a woman to make her own decisions about her body, health, family formation and family life – decisions that may include whether or not to continue with a pregnancy.

This court ruling is in line with Kansans who value individual liberty and the fundamental principles of limited government that have guided our elected officials since the inception of the state. These beliefs gave our state tremendous momentum in its early years. Most of the state’s 50 million acres have been transferred from the public domain to private hands. Two hundred thousand farms have been opened. Business and entrepreneurship were encouraged and took root. Local control was firmly established to govern local schools, towns and counties. Our population has multiplied. Our dedication to personal freedom and small government laid the foundation for the thriving state we live in today.

When individual liberty is ignored, our state has often gone off the rails. We wrote a ban on the sale of intoxicating liquor into our state constitution and spent years expanding government authority to enforce the ban. The powers of the police and prosecutors to control evil alcohol have been extended several times. When that failed, lawmakers made alcohol possession a crime. But more laws and bigger government proved futile. After 100 years, we gave up madness.

In the early 20th century, state legislators authorized state officials to sterilize residents of state institutions if those officials determined that society would benefit. Legislators believed that the wisdom of state officials should prevail over self-determination. Hundreds of Kansas citizens were castrated – a tragedy for those people and a huge embarrassment for the state. This great government experiment was also stopped.

State lawmakers then decided to abandon economic freedom and put the government in control of the state economy. A state agency was tasked with intervening in labor-management disputes and, if necessary, settling those disputes with the force of law. No surprise, it also flopped.

Time and again, lawmakers distrusted the Kansans and tried other foolish schemes to restrict freedom. They once banned cigarettes and postcards deemed indecent. They sought to suppress the vice by regulating dance halls and censoring films.

The Kansas Supreme Court has ruled that every woman should be responsible for her own health care, including deciding whether or not to give birth. In doing so, the Court adopted Kansans’ longstanding commitment to individual liberty and limited government. Kansas voters who trust women to make the right decisions should uphold the court’s ruling.