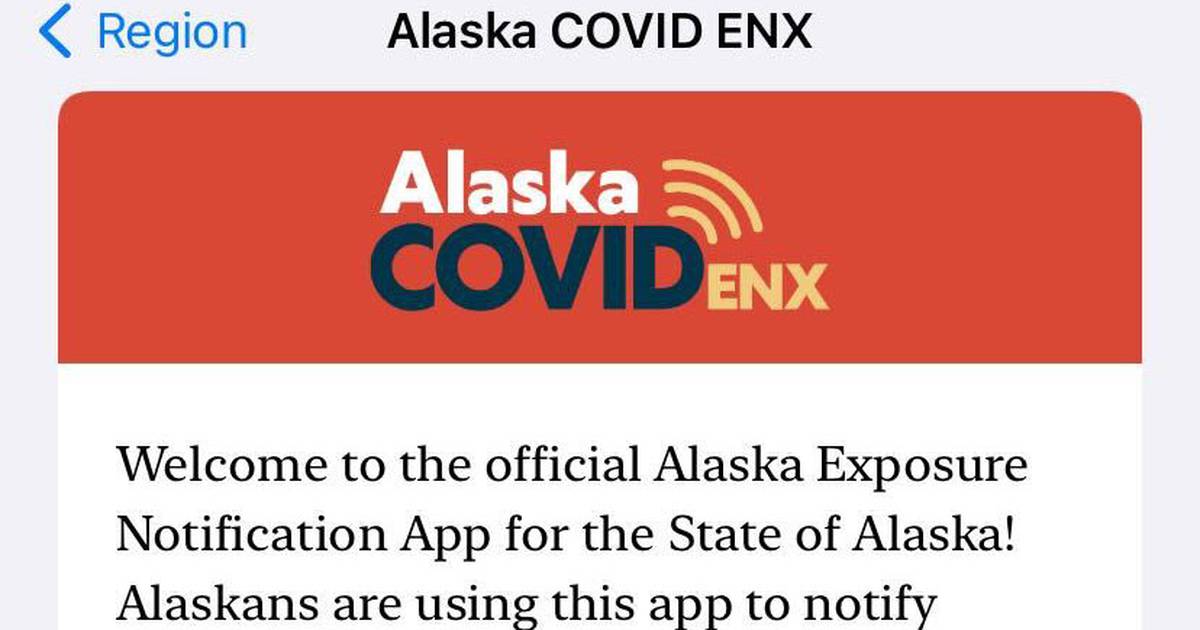 An app that can anonymously notify Alaskans when they’ve likely been in close contact with someone with COVID-19 is launching for smartphone users statewide, just as the highly contagious omicron variant sweeps the Alaska.

The app works by using a Bluetooth signal to detect other people nearby who also have the app activated, and sends a notification when a possible exposure has been reported.

Dr. Anne Zink, Alaska’s chief medical officer, described the exposure notification system as another tool Alaskans now have to help prevent the spread of the virus, but says its usefulness depends on the scope of its use.

“The idea is that we have people who may have been exposed who may have COVID-19, but don’t know it,” said Kenrick Mock, who helped develop the Alaska COVID ENX App. Mock is dean of the College of Engineering at the University of Alaska in Anchorage and a professor of computer science. “If they get a prompt that they may have been exposed, then they can go get tested and hopefully stop spreading COVID to others in the community.”

An app for Android users will go live next week, Mock said. These users will need to download the Alaska COVID ENX app from the Google Play Store to set up exposure notifications.

The implementation of the notification system in Alaska has been underway for over a year.

Bluetooth Technology that the app uses was first developed in the early months of the pandemic by Google and Apple as a way to help with contact tracing efforts. It has since been adopted by at least 30 states, and a UAA team has helped customize the technology for use in Alaska.

Here’s how it works for people who have signed up: their phones will send randomly generated codes to phones that have signed up nearby every 10 to 15 minutes. Each phone stores these codes for two weeks. If someone contracts COVID-19, they can document their test result in the app, and anyone whose phone has been within 6 feet of that person’s phone for more than 15 minutes at a any given time within the past two weeks will receive a potential exposure notification.

To protect users’ privacy, the notification will not specify exactly where or when the exposure occurred, and there is no way to trace the codes back to users, Google and Apple said.

The app’s launch in Alaska comes as health officials describe a recent shift in how contact tracing is done at the state level. State health officials said this month they were moving away from broad contact tracing efforts to focus on gathering places and other vulnerable populations — meaning it will be up to soon most individuals will self-report their positive test results to close contacts.

Zink said Thursday that the change reflects a larger national trend, and that Alaska isn’t alone in making the change.

“We’ve really reached a different stage of the pandemic than when we started,” she said. “(We) really want to use our resources to focus on those who are most vulnerable.”

[Alaska is changing how it tracks the pandemic. Here’s what you need to know.]

The notification system measures Bluetooth signal strength to indicate how close people are and for how long to accurately determine close contact, Mock explained. It will not advise those who have just had transient exposures over longer distances or shorter time periods than six feet for 15 minutes.

Other states using the technology have had mixed results, Zink said.

According to information from the Washington Post, the data show that by the end of 2021, about 20 states were not using the technology at all, and in those that were, only a fraction of people were reporting their positive test results in the app.

“The degree of utility in the state will very much depend on whether or not many Alaskans choose to engage with this tool,” Zink said.

Mock said getting the system up and running as it was was a long process because initially the developers had to develop their own app, which they started studying but couldn’t complete.

Nor was the exposure notification system a top priority for the Alaska Department of Health and Human Services last spring. At the time, the project was awaiting approval from Gov. Mike Dunleavy’s administration and the state health department said it was focusing on the rollout of the COVID-19 vaccine and other broader contact tracing efforts, according to reports from Alaska Public Media.

In November, UAA resumed development and implementation of the app statewide, with the understanding that the university would be responsible for Alaska’s exposure notification system.

Zink said this week that the state was not involved in developing the tool. Membership is voluntary, and she said state officials will not collect or share any data.