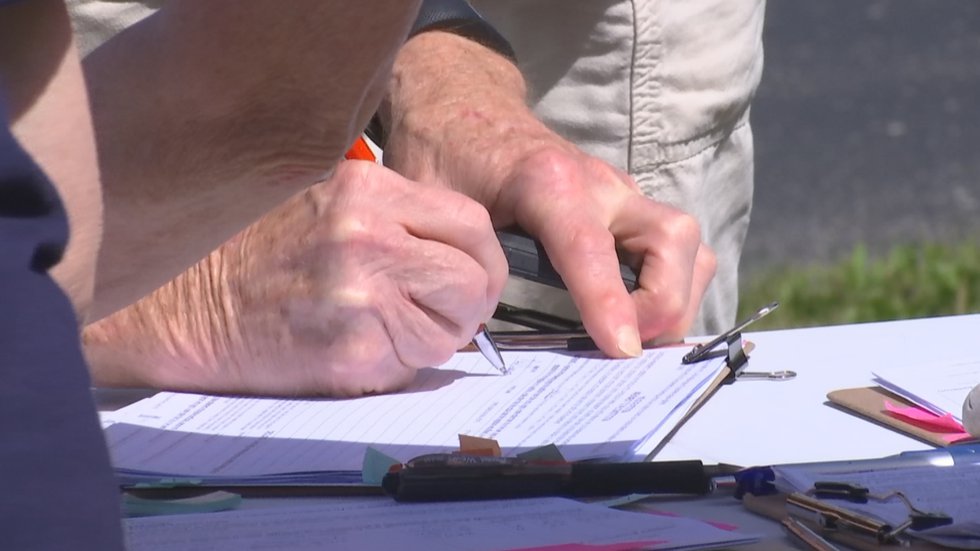 SIOUX FALLS, SD (Dakota News Now) — In 2015, there was concern about hired employees brought to the state and paid to collect petition signatures. At the time, anyone over the age of 18 who “intended” to live in the state could collect signatures.

In 2020, Senate Bill 180 sought to address what some saw as a problem. Current law requires a 30-day residency requirement for the collection of ballot initiative signatures.

For some, the new law has brought more problems than it solved. Amy Scott-Stolz, a spokesperson for the League of Women Voters of South Dakota, said their organization filed a lawsuit because it believed the law was erecting unnecessary barriers.

“Residents who come to our state can vote within those 30 days, but they cannot participate in the ballot initiative process,” Scott-Stoltz said.

Previous lawsuits from other organizations have already invalidated other parts of the law, such as circulating petitions that must wear badges.

“And it’s a matter of your First Amendment rights, your freedom of speech, and so limiting it in this way is what we feel is unconstitutional,” Scott-Stoltz said.

And what about organizations outside the state that allegedly bussed employees in to collect signatures on a petition? Stoltz says it doesn’t matter who puts the petition in front of us; we also have a responsibility.

“So if you’re not sure what you’re signing, open it up and take a look, and the full wording will be there,” Scott-Stoltz said.

Co-sponsor of the bill, Sen. Jim Stalzer says he sees benefit in controlling who collects signatures. “I hope the law will maintain the integrity of the measurement process initiated, as there have been violations of the law by out-of-state collectors in the past,” Stalzer said.

While it is legal to pay someone to collect signatures for a petition, they cannot be paid per signature or given a quota. A violation is a class two misdemeanor.

No person shall employ, reward, or remunerate any person to circulate a petition for an initiated measure, returned law, or proposed amendment to the Constitution of South Dakota based on the number of registered voters who signed the petition. Nothing in this section prohibits anyone from employing a petition circulator based on any of the following practices:

(2) Establish minimum signature requirements, express or implied, for the petitioner;

(4) Pay discretionary bonuses based on reliability, longevity and productivity.

Any violation of this section is a class 2 misdemeanor.

2022-06-30
Previous Post: Inflammation and the Immune System – The Hamburg Reporter
Next Post: The 2nd round of nine points allows Parkersburg to pass Marietta | News, Sports, Jobs