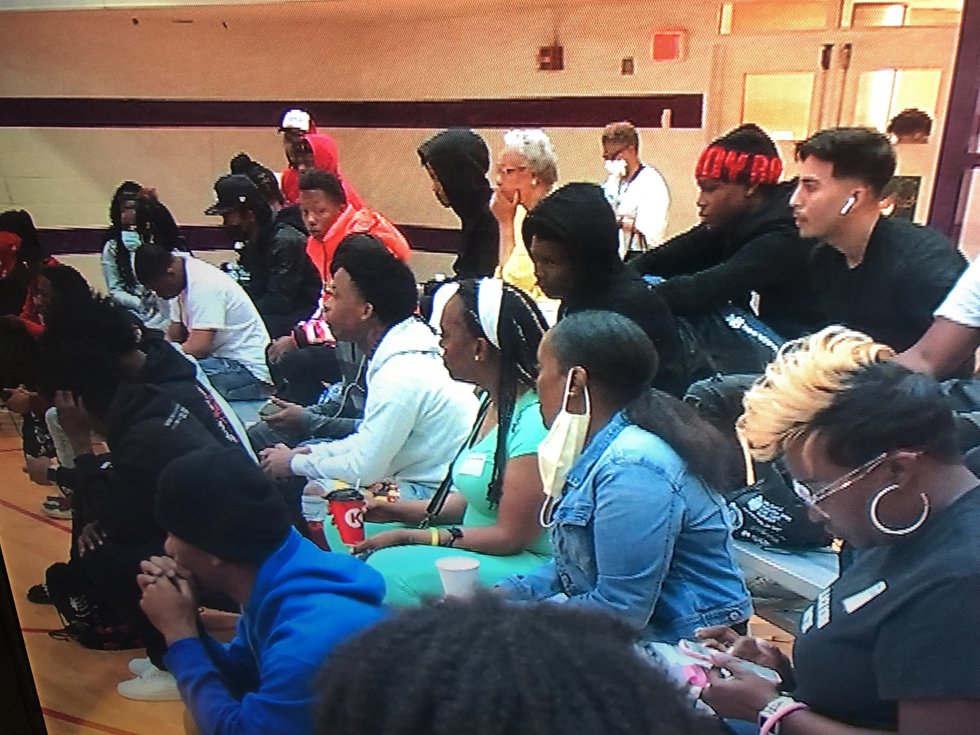 Over 100 teens participated in the “Straight Talk…No Cap” event. The organizers had real conversations with the participants, who identified the problems they face on a daily basis. They discussed topics ranging from jobs to guns and gang violence to generational trauma and offered solutions to the issues listed.

According to mortality data from the Centers for Disease Control and Prevention, firearms became the leading cause of death among children and adolescents in 2020. The majority of these deaths were due to homicides rather than suicides .

“A lot of these young people don’t even believe they’re going to live to adulthood and we as adults because the community has to pour down on them and that’s what it’s all about” , added Dr. Bridgett Ortega of John Marshall Law School in Atlanta. , one of several law firms that partnered with the justice system to organize the event.

Attendees heard from several speakers, including Julious Khalid, who spent five months in Fulton County Jail as a youth. He turned his bad situation into something good, founding his own “positive gang” known today as the Young Generations Movement.

“The message I want to bring is self-knowledge,” Khalid said. “Once you know who you are, your gifts will eventually blossom and you will become the person you are meant to become in the world.”

“We hope they will be inspired to think more critically and think more deeply about the violence that is happening in their community and maybe that seed that is starting to sprout more peace in the community,” added the Judge Turner.

The Young Generation Movement is hosting a community beautification event on April 30. For more information on how to participate, click here.