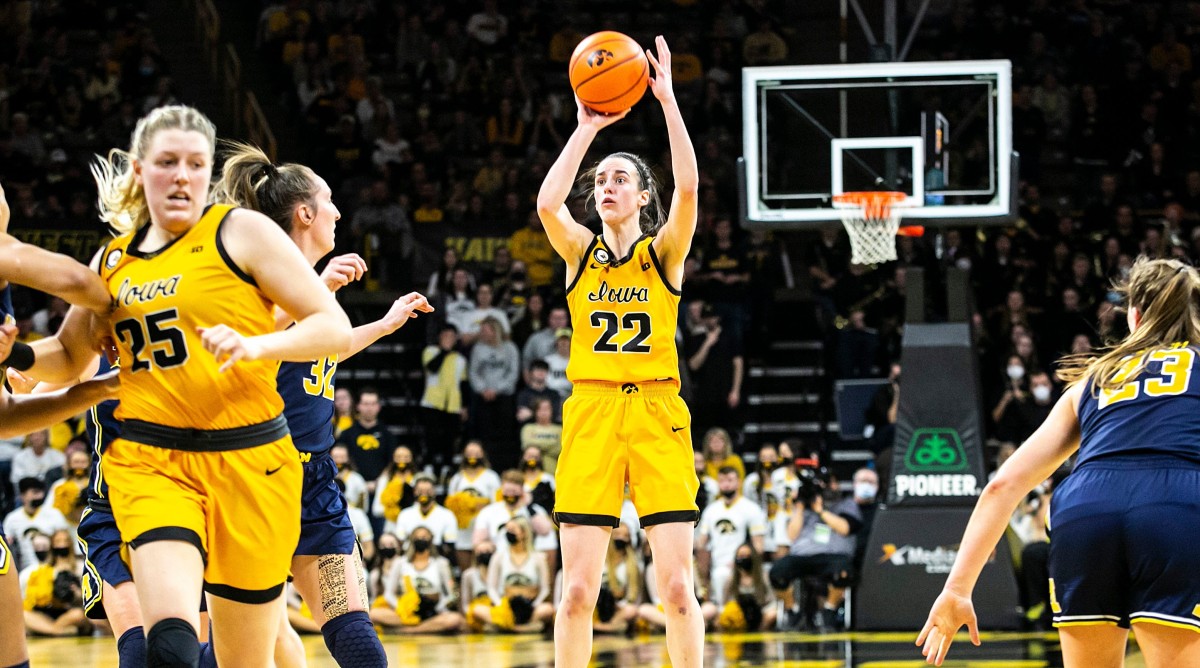 March Madness: Players to watch for men’s and women’s tournaments

You will hear a lot about these 10 stars

There are Cinderella teams in all NCAA men’s and women’s tournaments. But there are also those individual players who become household names and part of March Madness lore. With both tournaments just days away, here are the players you need to keep on your radar.

• Johnny Davis, Wis.: Sitting atop SI’s 50 best players of the season, no player has meant more to his team than Davis, who entered the season as an afterthought and then led Wisconsin to a share of the Big Ten title. Averaging 20 points per game at the fast pace of the Badgers is no small feat, but he was also one of the best shooters in the game.

• Chet Holmgren, Gonzaga: There aren’t many 7-footers who can shoot 41% from three and lead the break and to be that old-school defensive anchor in the middle. Bulldogs coach Mark Few uses him effectively in both roles. Also keep an eye out for Holmgren family dog ​​Slammer, the Black Lab who has been seen on the sidelines this season.

• Jaden Ivey, Purdue: Despite being able to set Twitter on fire with a highlight dunk, Ivey didn’t quite reach his potential at times, struggling with turnovers in big moments and inconsistency commanding the ball when the Boilermakers need him most. Now the brightest lights in college basketball are upon him. Ivey has the ability to take control of this tournament and lead Purdue to a Final Four…or even further.

• David Roddy, Colorado State: With elite playing ability, efficiency on all three levels and a tall stature at (6’5″), Roddy’s real gift is his ability to play as the stakes rise. If the Rams advance, Roddy will be a household name similar to Max Abmas last season.

• Jabari Smith Jr., Auburn: This will be the only time SI’s projected No. 1 draft pick plays in the tournament, and the Tigers will need transcendent play from him to live up to their No. 2 seed. unblockable and his late-game confidence can give Auburn a dimension that no other team has.

• Aliyah Boston, South Carolina: No college basketball player has been as powerful on both sides as Boston. The junior forward enters the tournament amid a 24-game double-double streak, the longest in SEC history. She finished the regular season No. 1 in win shares and PER, according to HerHoopsStats.com. More importantly, she is hoping to get a buyout for a missed layup that would have sent the Gamecocks to last year’s title game.

• Caitlin Clark, Iowa: The sophomore guard had one of the greatest offensive seasons in sports history this season, scoring 30+ points 11 times and 40+ points four times. In last year’s tournament, Iowa lost to UConn in the Sweet 16 by 20. This year, however, Clark and the Hawkeyes are coming off a victory in the Big Ten tournament, hoping to continue their launched through to their first Final Four since 1993.

• Naz Hillmon, Michigan: It wouldn’t be shocking if the senior forward carried Michigan out of the Wichita area and into the Final Four. The 6’2″ big is a force on both sides, averaging 21 points, 9.4 rebounds and 3.4 assists per game. Earlier this year, she accomplished a feat no other Wolverine player – male or female – had done in school history, scoring 2,000 career points and 1,000 career rebounds.

• Rhyne Howard, Kentucky: Like Clark, the senior guard led his team to a conference championship. The Wildcats’ result, however, came as a surprise, as they entered the SEC tournament as the No. 7 seed. most effective in the sport, averaging 20.6 points on 44.5% shooting.

• Khayla Pointer, LSU: The senior guard rose to prominence under Hall of Fame coach Kim Mulkey, averaging 19.2 points and 5.2 assists per game. Pointer is among the best point guards in the nation and, coupled with her experience, is the kind of guard who could lead her team on a deep run through the Spokane area.

As you prepare to fill your parentheses and empty your work calendars for Thursday and Friday, don’t forget to study some March Madness knowledge.

• Support: An overview of how the tournament unfolds.

• Predictions: Gonzaga or bust? Pat Forde and our group of college hoop gurus make their picks.

• Regional overviews: Break down the four paths to New Orleans.

• Bet: What upheavals should you have on the radar? A preview of 5v12 matchups.

• Support: Which teams will travel to Minneapolis?

• Predictions: Is it South Carolina time? Discover the choices of our experts.

• Regional overviews: Ben Pickman takes a look at the players, matches and bracket breakers to watch.