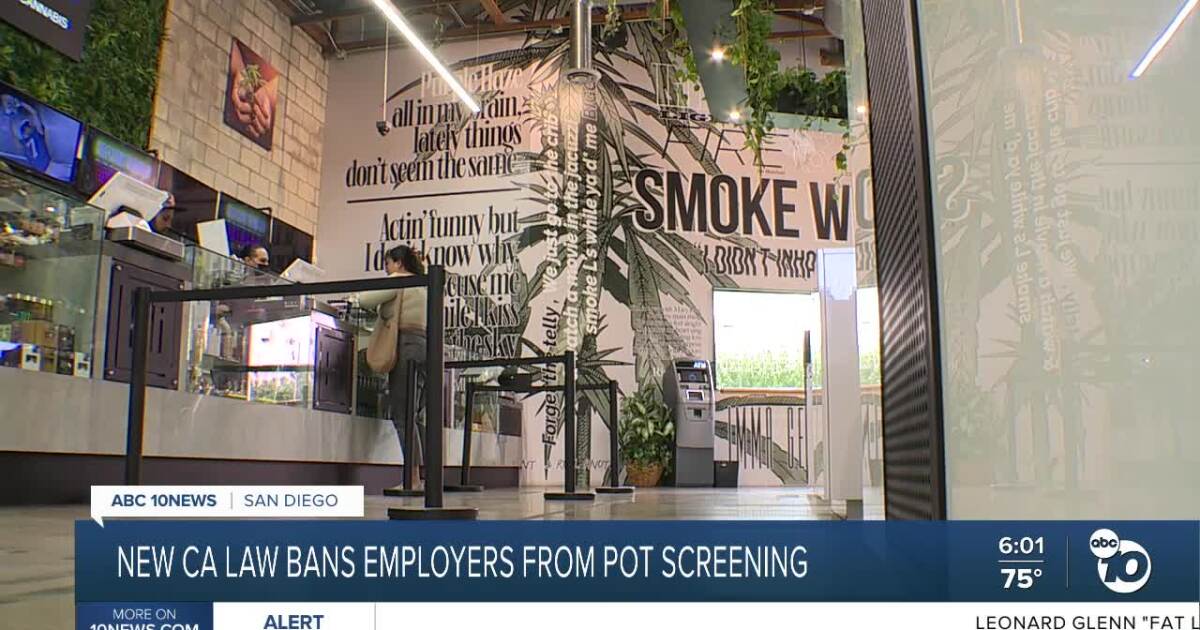 SAN DIEGO (KGTV) — At Hikei Modern Cannabis in southeast San Diego, there are all kinds of products, and all of them are legal, but manager Nikki Eck says there’s still a major stigma around it. .

“To the point where people really like wanting discreet deliveries and not wanting their neighbors to know about it.”

She says some people are particularly worried their employers will find out, but this week Governor Gavin Newsom signed new legislation that could change that.

“It’s a big step.” Jessica McElfresh is a criminal defense attorney specializing in cannabis law. She says there has been a push for a law like this for years.

“In 13 years I’ve had hundreds of calls from people who have been refused a job, even when they revealed it in advance, it didn’t make a difference that it was medical .”

AB 2188 would apply to all cannabis use, medical or recreational. It would prohibit employers from discriminating against “a person in hiring, firing or any term of employment” based on “the person’s use of cannabis outside of work and outside of the workplace”.

In other words, employers would be prohibited from testing for marijuana use before hiring or firing someone for use outside of work.

A certain percentage because there are exceptions, primarily for people in the building and construction trades, and those in jobs that require federal background checks.

But those in the cannabis industry say it’s a big step. “I mean people drink outside of work, so I don’t necessarily see how smoking would be different from that. As long as it doesn’t affect what you do in your workplace, I don’t see why. there would be problems with what people do.

2022-09-23
Previous Post: Sports dominated by “God only knows” stupidity
Next Post: Do you think RevOps? How to Adopt a System to Grow and Grow Your Business Online