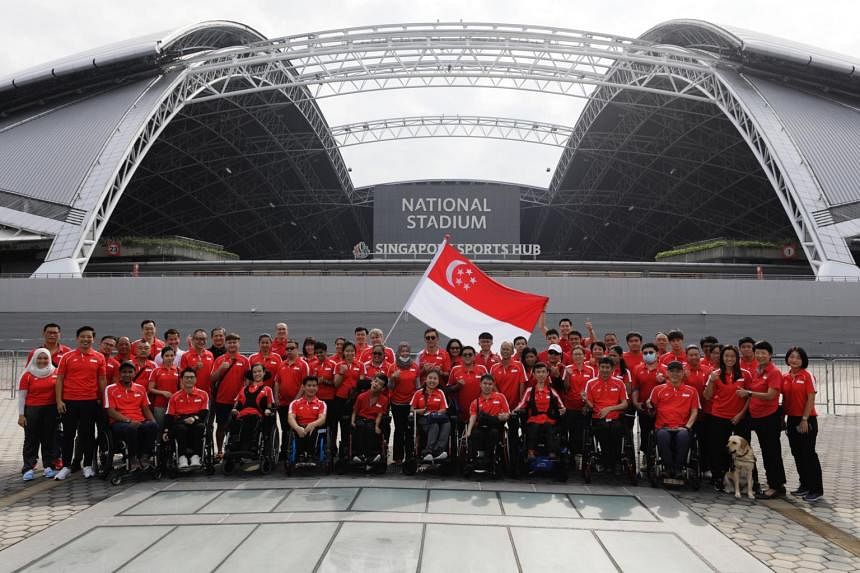 Parasports: Medalists from most major Games will get higher cash prizes

SINGAPORE — Para-athletes who medal at most major Games can expect better cash rewards thanks to the improved Athlete Awards Program (AAA) of the Singapore National Paralympic Council (SNPC).

This was announced during the Asean Para Games (APG) Flag Presentation Ceremony at the Sport Singapore Auditorium on Saturday July 2, where Minister of State for Culture, Community and Youth, Alvin Tan , was the guest of honor.

Thanks to sponsors DBS Bank and Tote Board, this is the second time in 10 months that the amount has been increased. Last October, the cash reward for a Paralympic gold medal was doubled to $400,000 following public debate over the disparity in cash rewards for Olympic and Paralympic medalists after para-swimmer Yip Pin Xiu won two titles at the Tokyo Games.

The number of medals at upcoming major Games such as the APG from July 30 to August 6 in Indonesia and the Asian Para Games next year will also be increased.

An individual gold medalist at the APG will now receive $5,000 for each gold medal – capped at a maximum of three highest achievements – gold medalists in team events and team sports receiving $8,000 and $16,000 respectively.

While prize money remains the same for the Commonwealth Games, which have events for able-bodied athletes and para-athletes, prize money at Continental and Paralympic levels will also be increased.

The amount for Asian Paralympic and Paralympic Games silver and bronze medalists will also be increased.

SNPC Chairman Dr Teo-Koh Sock Miang hailed this as an important decision, thanking DBS Bank and Tote Board for their support.

She said: “For all of us involved in para-sport, it demonstrates that there is tremendous support and recognition for what our para-athletes are working towards.

“It’s very important for athletes to be recognised, to be celebrated, for what they do in their sport. And so that would motivate our athletes, that would inspire them to give their best. “