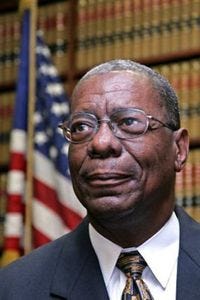 Federal regulators seem to be doing their best to allow predatory lenders to invade our state and proliferate.

Last month, the Consumer Financial Protection Bureau rolled back a key payday loan reform. And on July 20, a banking regulator proposed a rule that would allow predatory lenders to operate even in violation of a state interest rate cap — paying out-of-state banks to present themselves as the “true lender” for loans from the predatory lender. markets, manufactures and manages. We call this program “rent-a-bank”.

Especially in these times when families are fighting for their economic survival, Florida citizens must once again join the fight to stop the pitfalls of 300% interest debt.

Payday lenders trap people into high cost loans with terms that create a cycle of debt. While they claim to bring relief, the loans cause immense harm with consequences that last for years. Yet federal regulators bless this harmful practice.

In 2018, payday loans in Florida were already carrying average annual interest rates of 300%, but Tampa-based Amscot joined predatory national lender Advance America in proposing legislation allowing them to double the amount of loans and extend them for longer terms. This expansion was met with opposition from many religious groups concerned about the evil of usury, civil rights groups who understood the impact on communities of color, housing advocates who knew the damage done home ownership dreams, veterans groups, credit unions, legal services. suppliers and consumer advocates.

Yet Amscot lobbyists rammed it through the Florida Legislature, arguing the immediate need for the law because an upcoming CFPB rule would bankrupt Amscot and Advance America.

What was this burdensome regulation that closed these “essential businesses”? A common-sense requirement, already fulfilled by responsible lenders, that they ensure borrowers’ ability to pay the loans. In other words, can the customer meet the terms of the loan while meeting other bills?

What lender, other than the payday lender, does not ask this question?

Without the repayment capacity requirement, payday lenders can continue to provide loans with three-digit interest rates, securing their repayment by accessing the borrower’s bank account and withdrawing full payment plus fees – whether the customer has the funds or not. This often ends in closed bank accounts and even bankruptcy.

And the proposed federal banking rule would not only undermine future reforms; this would allow all non-bank lenders engaged in the Bank Lease Program to also bypass Florida’s caps on installment loans. Florida caps $500 loans with six-month terms at 48% APR and $2,000 loans with two-year terms at 31% APR. The bank leasing program would allow lenders to exceed these limits.

In this difficult economic climate, the dismantling of consumer protections against predatory payday lending is particularly glaring. Payday loans, today more than ever, are abusive and dangerous. Don’t let Amscot and Advance America and others who make their living this way pretend otherwise. Rather than strike at long-fought consumer protections, we should provide a strong and robust safety net. Rather than protecting predatory practices, we should be cracking down on exploitative financial practices.

Floridians should submit a comment to the US Treasury Department Office of the Comptroller of the Currency by Thursday, asking them to revise this rule. And we need more reforms: Support HR 5050, the Fair Credit Act for Veterans and Consumers, a 36% federal rate cap that expands existing protections for active-duty military members and protects all of our citizens. – essential workers, first responders, teachers, nurses, grocery store workers, Uber drivers, construction workers, counselors, ministers and many more.

We must not allow predatory lenders to exploit our hard-hit communities. It is a question of morality; it is a matter of fair economics.

Reverend James T. Golden of Bradenton is chairman of the Social Action Committee for the African Methodist Episcopal Church, 11th Episcopal District. Alice Vickers is a former executive director of the Florida Alliance for Consumer Protection.

2020-09-02
Previous Post: Supreme Court post mortem: recent rulings are a mixture of individual freedom and constitutional limits
Next Post: Amscot payday loan services are not the same as predatory lending