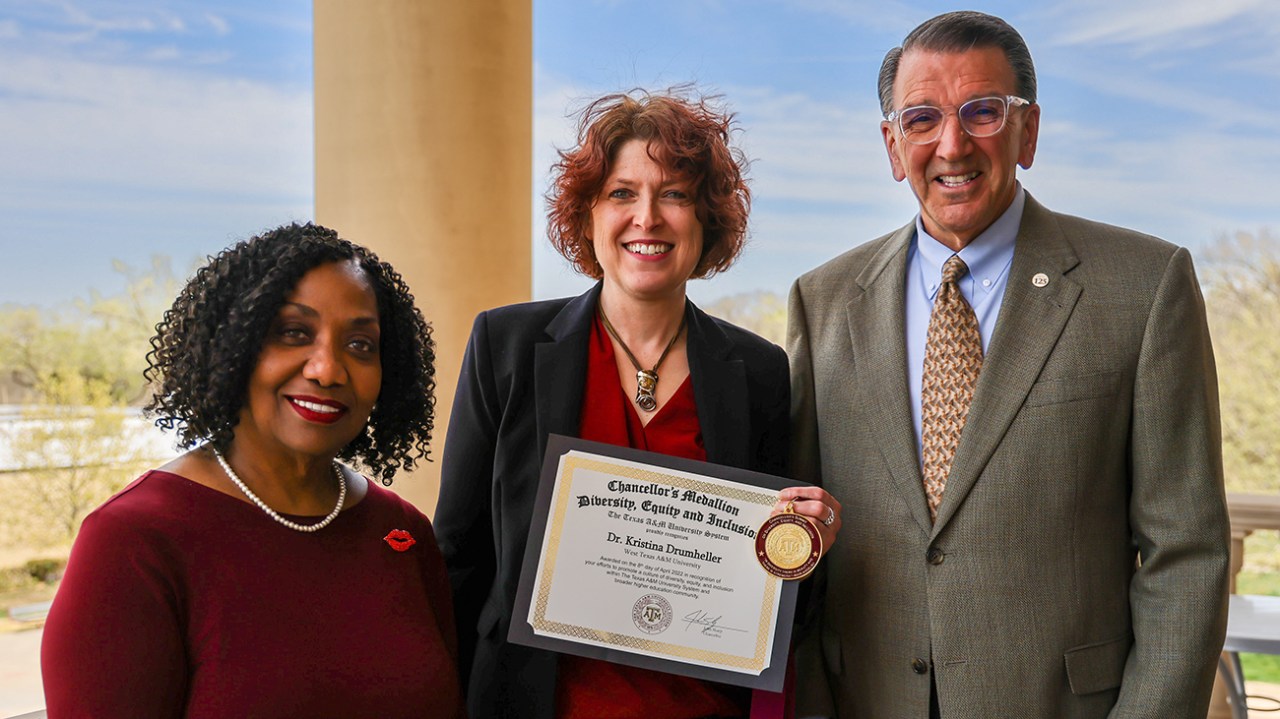 According to a university press release, Kristina Drumheller, professor of communication and head of the communication department at West Texas A&M University, was recently awarded the Chancellor’s Medallion for Diversity, Equity and Inclusion.

Officials said Drumheller has focused on diversity, equity and inclusion initiatives since joining the university in 2006. The statement said she supported and led the organization Buff Allies, a gay-straight alliance group for West Texas A&M faculty and staff. She also helped implement a Safe Zone program at West Texas A&M.

“I am honored to receive recognition, but so grateful to have been supported to help individuals feel seen, heard and valued at WT and in the community,” Drumheller said in the statement. “I had a great team dedicated to supporting our diverse students.”

Through her work at the university, Drumheller has also supported the university’s Office of Diversity and Inclusion, the University Diversity Committee as well as the Certificate Program in Gender Studies. The statement said Drumheller is “known throughout the Panhandle as a leader and supporter of (the) LGBTQIA+ (community) and diversity, equity and inclusion initiatives.”

“Kris is an invaluable ally to LGBTQIA+ students, faculty, and staff, as well as all members of the WT community who are impacted by equity efforts,” said Angela Allen, university director for diversity and inclusion, in the press release. “It was an honor to nominate her, and I am pleased that her hard work and dedication has been recognized at the highest levels of the system.”

Is it allergies or COVID-19?

According to university officials, the Chancellor’s Medallion for Diversity, Equity, and Inclusion is none of the three honors bestowed by the Texas A&M System.

“It’s a prestigious honor,” WT President Walter Wendler said in the statement. “We are grateful for Dr. Drumheller’s commitment and dedication to WT and all who call him home.”