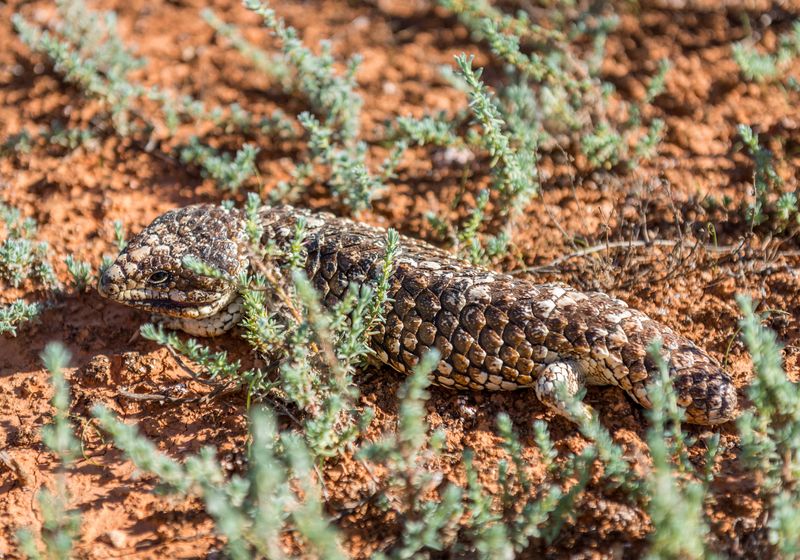 Jrough ilium– also known as the sleeping lizard – is a beautifully stocky, part-lizard, part-pinecone species found in the southern half of Australia. But it’s what’s inside that caught the researchers’ attention. Reptiles in general have unusual immune systems from a mammalian perspective; for example, they may rely more on innate immunity and less on adaptive immunity, says biologist Rob Miller of the University of New Mexico. But the sleeping lizard (along with other scaly reptiles, a group known as squamates), may be even weirder.

Last month, Miller and an international team of scientists published a study in the Journal of Immunology comparing the genome of the sleeping lizard to that of the tuatara (a lizard-like animal that is the closest living relative of squamates). The work revealed something strange: large deletions in the lizard’s genome led to the deletion of genes necessary for the production of γδ T cells, an important part of the immune system in most vertebrates. γδ T lymphocytes are so named because they have receptors consisting of a γ segment and a δ segment; these receptors allow the T cell to recognize specific antigens.

This work helps fill a huge gap in our knowledge. In terms of immunology, Miller says, “Reptiles are a group of vertebrates that we know next to nothing about.”

The implications of the loss of this subset of T cells for lizards and snakes are not entirely clear, as the function of γδ T cells is not completely understood. “γδ T cells are really still quite enigmatic,” says Laura Vogel, an immunology researcher at Illinois State University whose research includes turtles and who was not involved in the sleeping lizard study. “We don’t understand much about their normal functioning, even in humans.” However, there is some evidence that these cells may play an important role in healing, immune monitoring in the skin and mucous membranes, and the response to certain types of infectionsand they can have both tumor promoter and antitumor effects.

Even though snakes and lizards don’t have γδ T cells, they clearly need to do things like heal wounds and protect themselves from infection. “So now the question is, how do they make up for not having [γδ T cells]?” Miller said.

Miller and the team wanted to see if the remaining set of squamate T cells, known as αβ T cells, might be more diverse, with a greater variety of αβ T cell receptor “flavors”, which are used to recognize different types of antigens, to compensate for missing γδ T cells. But when they looked at the genes that encoded the α and β T cell receptor components in the sleeping lizard, they found that these genes were no more complex than the α and β T cell receptor genes in the sleeping lizard. tuatara, a species that has γδ T cells.

However, Miller says it is too early to completely rule out αβ T cells compensating for loss of γδ T cells – future studies could examine whether there is functional compensation by determining whether αβ T cells appear in tissues like the skin, where one would normally expect γδ T cells.

Miller says another possibility is that innate squamate lymphoid cells — which, as their name suggests, are part of the innate immune system, not the adaptive system like T cells are — may take over some of the roles traditionally played by γδ T cells.

Laura Zimmerman, a biologist at Millikin University in Illinois who was not involved in Miller’s study, agrees that the innate immune system may play a compensatory role and also stresses the importance of future studies of immune system function. immune cells. “When it comes to squamates, much of the information we have comes from genetic studies like this. But even compared to other reptiles, we have fewer functional immune tests, so I don’t think we have a clear picture of what their immune system is actually doing.

Vogel says studying reptilian immune systems can be beneficial for future conservation efforts. Such work, she says, could help experts “better intervene in cases of, for example, an endangered species where we might need to design a vaccine or think about a treatment for a particular disease. “. The potential conservation implications are particularly significant for squamates, given a recent analysis that found that more than 20% of reptile species are currently threatened.

It’s an open question whether or not squamates might be more susceptible to certain types of disease than other reptiles that still possess γδ T cells, Zimmerman says.

Overall, Vogel says these new findings are intriguing. “It would be great if we had more information on a wider range of reptiles,” she says. “We really need to support this kind of research on non-model species.”