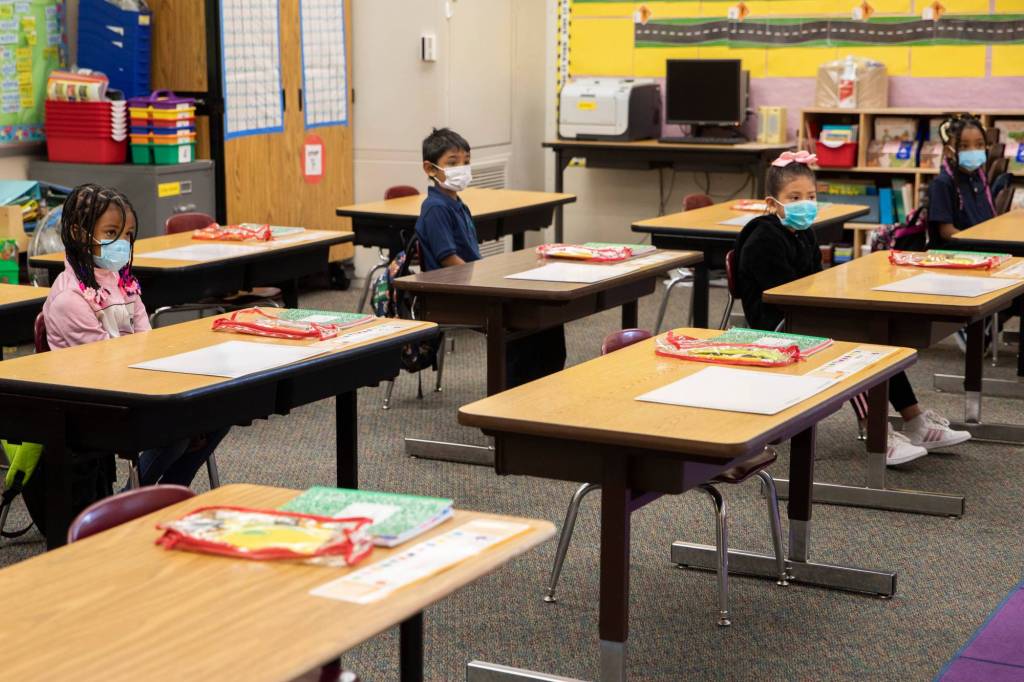 California spends a lot on education. Since the adoption of Proposition 98 in 1988, which guarantees education a minimum of 40% of the general fund, expenditure per student from kindergarten to grade 12 has grown faster than any other category of public funds. And yet, despite all this new money, the state’s monopoly on education continues its history of failure to provide a quality product.

This column last month cited the federal government’s National Center for Education Statistics, showing that in 2017-2018, the most recent year for which statistics are available, per student spending for K-12 public schools of state were $ 13,129 in inflation. 2019-20 adjusted dollars, the highest on record. Measured in the same constant dollars, spending per student was $ 9,594 in 1999-2000.

California is rising fast in the spending ranks by several indicators and we are now at least 17th in the United States. And many of those statistics predate the pandemic, before the state pumped even more money into the system.

Where it excels at spending money, California lags in educational outcomes due to overt hostility to meaningful educational reforms. For decades, reformers have argued in vain for more school choices, merit pay for teachers, advancement based on merit rather than seniority, and the possibility of firing bad teachers, including some. credibly accused of crimes against children.

The “reforms” from the union-dominated legislature will only make matters worse. The latest version is Senator Anthony Portantino’s Senate Bill 830, D-La Cañada Flintridge, which would change the way schools are funded. Under current law, schools receive financial support based on a formula that includes average daily attendance. This bill would eliminate the daily attendance formula, and with it the financial incentive for school staff to attempt to get students into the building.

This, remember, comes after the state already froze funding to pre-pandemic levels to cover historic enrollment declines across the state over the past two years.

But according to supporters of SB 830, the current system is unfair because it punishes low-income neighborhoods that have higher absenteeism and absenteeism rates. It would seem to a rational person that if a school has a problem with truancy and truancy, it would be better to tackle these problems directly rather than hiding the problems and rewarding those schools with more money to fewer students.

As evidenced by the reluctance of teachers’ unions to return to the classroom, especially in the United School District of Los Angeles, it is not a good idea to financially push teacher unions to reduce their workload. by rewarding districts with high absenteeism rates.

This is just the latest example of California lawmakers applying a counterproductive solution to a problem, and their reflexive tendency to throw good money after bad.

We hope educators in high-performing schools where teachers and administrators work with students and parents to encourage attendance will oppose this proposal.

Keep this in mind as two school choice initiatives collect signatures over the next few months.

Jon Coupal is president of the Howard Jarvis Taxpayers Association.