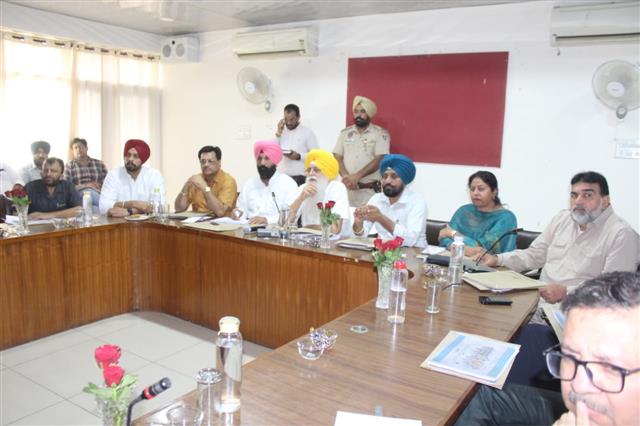 Punjab Local Bodies Minister Dr. Inderbir Singh Nijjar said a one stop shop system will be introduced in all corporations/municipal councils and improvement trusts to help the general public get their jobs easily.

During a meeting to review the status of Smart City projects and the ongoing demarcation of neighborhoods in Ludhiana, the minister said the one-stop-shop system will eliminate unnecessary harassment and waste of people’s time doing their jobs in all civic organs of the state. .

He said the department is finalizing the comprehensive plan for the one-stop system and it will be launched soon. He said the system would make it easier for residents because they wouldn’t have to move from branch to branch. The works will be carried out within a specified time, he added.

Accompanied by MPs Gurpreet Bassi Gogi, Madan Lal Bagga, Daljit Singh Grewal, Ashok Parashar, Kulwant Singh Sidhu, Rajinderpal Kaur Chhina, Dr Nijjar called on officials to become more responsive and ensure that every person, especially the poor , is heard correctly. He told them to work proactively to give good administration to the people and any type of laxity from the officials would not be tolerated at any cost. He also asked them to crack down on corruption by ensuring transparency in its operation.

The Minister of Local Bodies also directed officials to ensure the timely completion of 67 projects launched at a cost of Rs 922.5 crore under Smart City. He also assured the deputies of a detailed investigation to verify any kind of irregularities during the implementation of the smart city projects in Ludhiana. He also asked officials to complete the demarcation process within the next two weeks.

On the issue of waterlogging in Ludhiana due to rain, the Minister instructed MC officials to set up a cell in his building which would work around the clock to deal with such complaints in order to quickly evacuate the rainwater by sending dedicated teams.