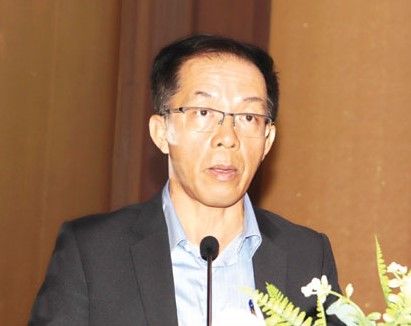 VIENTIANE (Xinhua): It is necessary to enact a specific law to ensure the safety of dams, as part of the Lao government’s efforts to achieve sustainable energy development, according to the Lao Minister of Energy and Mines.

Addressing the National Assembly on Thursday, Minister of Energy and Mines Daovong Phonekeo (pictured) said there are regulations and guidelines governing the construction and operation of hydropower plants, but none law does not specifically relate to security measures.

The lack of a dam safety management law hampers standardized inspection of dams to prevent accidents, he said, as quoted by local daily Vientiane Times on Friday, June 10.

Inadequate and ineffective inspection procedures carry risks and this problem should be corrected, he said.

All areas of development, including dam construction, need to be better regulated through strong law enforcement, while greater capacity is particularly needed with regard to dam safety and inspections, he said. -he declares.

The ministry has worked to strengthen management to ensure sustainable hydropower development, following a disastrous dam collapse in the southern province of Attapeu in 2018.

The collapse of the dam at the Xe-Pian Xe-Namnoy hydroelectric power plant, 560 km southeast of the capital Vientiane, caused a flash flood that wiped out five villages downstream, leaving more than 4,000 people homeless . Several other villages and their inhabitants were also affected.