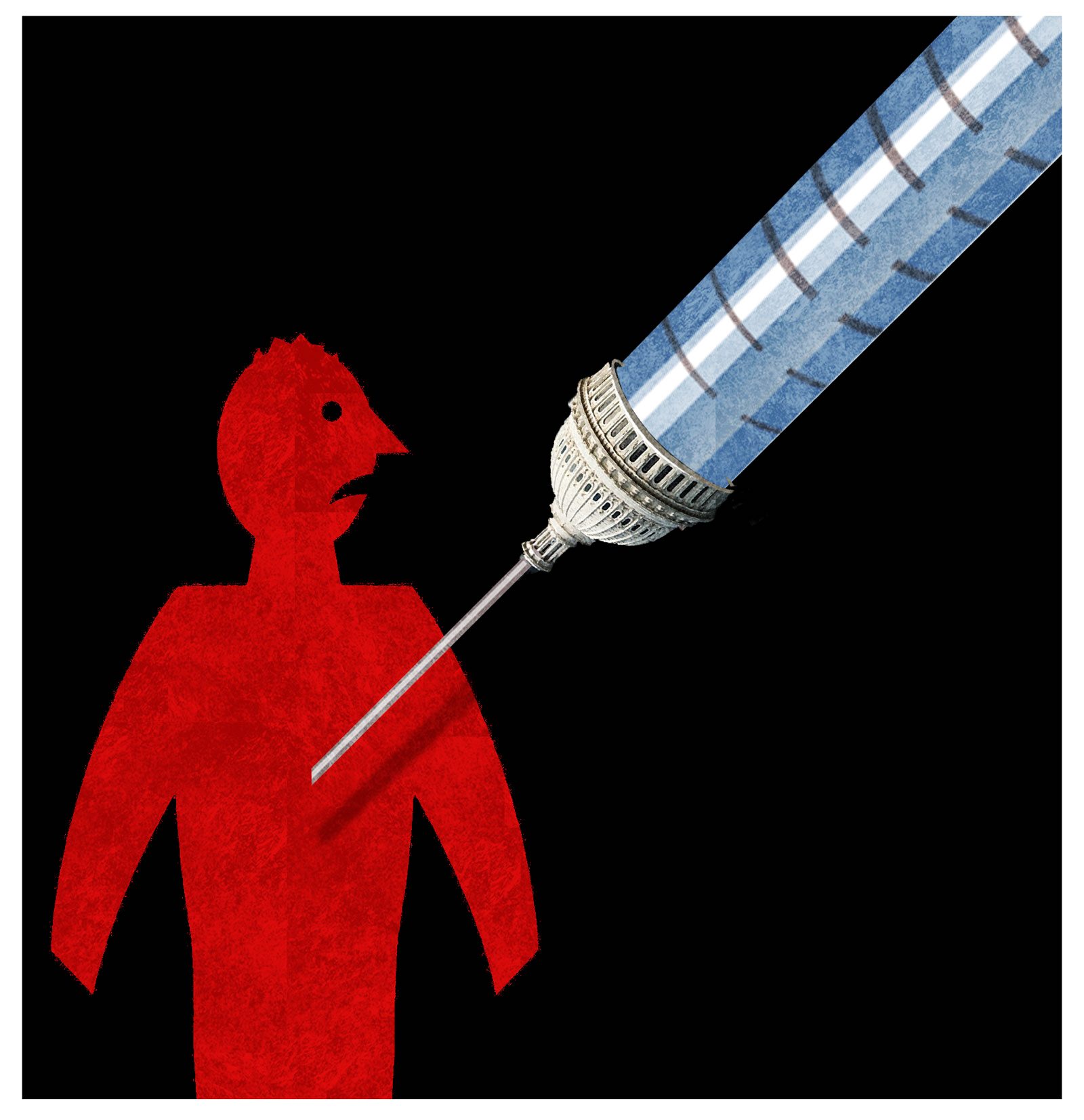 The COVID-19 Pandemic and Biden’s Assault on Individual Liberty

During last year’s pandemic, the famous slogan was “we are in this together”. How quickly times have changed. Recently, the ‘together’ aspect has been abandoned in favor of an ‘us versus them’ mentality. President Joe Biden and his administration have even begun to vilify some Americans for their vaccination status and to take the extraordinary step of blaming a significant portion of the population for the pandemic. How did we come here?

Closures over the past 19 months have been based on societal needs and a broad denial of the needs of the individual. Public health emergencies always require a balance between community needs and individual liberty, and it was understandable in March 2020 that the impetus was to mitigate the spread of a dangerous virus.

The problems arose when state governments, including California, New York, New Jersey and Michigan – but there were others, began to use the health crisis as justification to smash individual freedoms. In these states, the rights of the individual were entirely subsumed by the grandiose “needs” of the collective.

The religious liberty of the individual was trampled under foot, as excessive governors and mayors insisted that society was in greater need than people who wanted to go to church. Never mind the reality that bars and restaurants were open in many of those same jurisdictions, while churches were forced to keep their doors closed.

The shutdowns have also severely hurt individuals economically, as millions of Americans have been classified as “non-essential” and forced to stay at home. Small business owners, who needed to be allowed to work to keep their business open, were told their time investments didn’t matter. The economic freedom of the individual was curtailed when the federal government intervened, validating assertions by state governments that individuals had no right to work as long as taxpayer-funded checks could be dispensed.

The federal government and the states have thus reduced individual economic freedom to the more mundane “right” to receive money.

A particularly chilling assault on individual liberty has arisen when the individual’s right to free speech has been subordinated to an ambiguous collective right not to be exposed to potentially false information. Those who have questioned the origins of the COVID-19 virus, or suggested it may have originated in China, have been flagged on social media sites. Some have been permanently kicked out of their social media accounts. The leading journalist providing facts and statistics on COVID-19 deaths, mask ineffectiveness and medical studies on vaccines, Alex Berenson, has been permanently banned from Twitter. His offence? Deviating from the established narrative (read: “Science!”).

The right to speak freely, to assemble, and to petition our government — all guaranteed rights of the individual protected by the First Amendment — have been curtailed, as state governments and the federal government have blocked large gatherings. Following the bad example set by Congress, many states have gone further and closed their Capitol buildings to the public.

The individual’s right to health freedom is now under attack in a way we have never seen before in our country. The Biden administration hopes to compel every citizen to get vaccinated, despite religious objections or an individual’s medical history. Over the past year and a half, our collectivist public policy has shifted the debate from the individual as the site of freedom to the collective society.

In his examination of individual liberty, Frank Meyer once observed that this type of thinking denies the rights of the individual in favor of the invented “rights” of the collective. In this inversion of the relationship between the individual and society, he noted, “it is in society, not in the individuals who compose it, that the law is inherent; and whatever “rights” are granted to men, they are pseudo-rights, granted and revocable by society. The moral claims of the person are in effect reduced to nothing.

As we look back at the past 18 months and wonder how we got to this point – where the federal government is threatening to expel individuals from the workforce and the economy for exercising a personal choice not to getting vaccinated – the answer lies in the rejection of individual liberty by our elected leaders and federal bureaucrats. The individual has been reduced to almost nothing.

President Biden’s pandemic mandates — and there are many now — remind us that one of the dangers of treating individuals as irrelevant is that they quickly become irrelevant. Americans should be firmly on their guard against an administration so convinced that the amorphous, undefined collective society holds more rights than the individual.

• Jenny Beth Martin is co-founder and national coordinator of the Tea Party Patriots.

2021-09-28
Previous Post: “Individual liberty cannot be misused in a way that threatens the social fabric by attempting to destabilize it, to cause harm” – Delhi HC in the riots case
Next Post: Iron Lady of Idaho delivers another blow to individual freedom