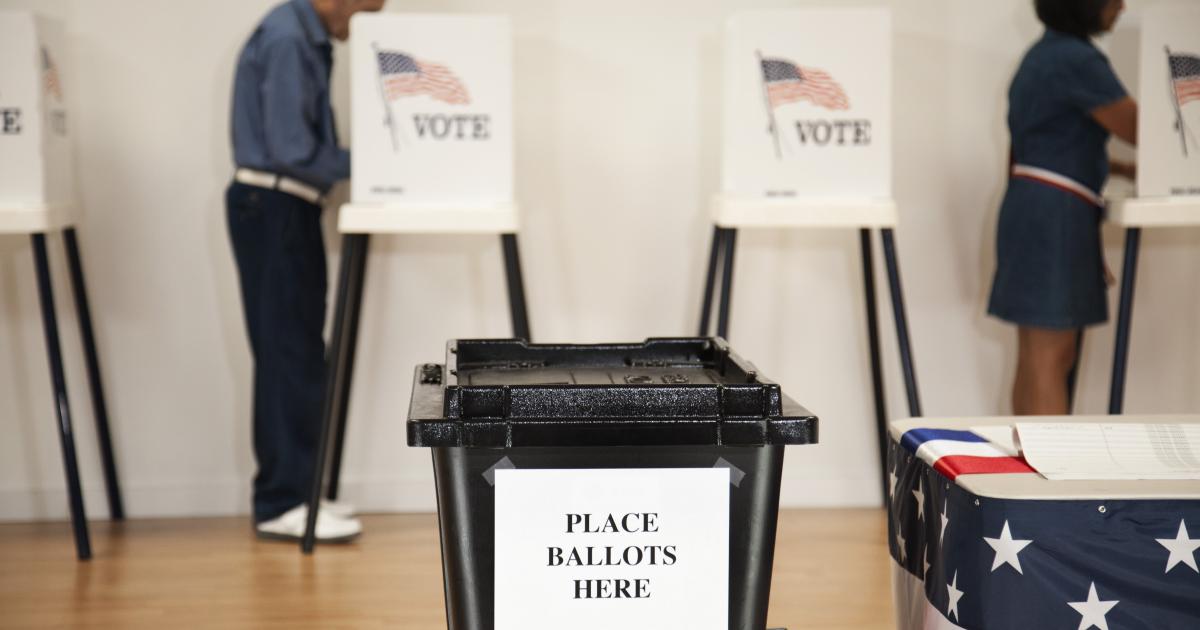 In 2020, we saw more lawsuits filed against election laws and rule changes than in any previous year in American history. And with the congressional midterm elections fast approaching, litigation and other developments keep coming.

In Pennsylvania, the Commonwealth Court, one of the state’s two appellate courts, recently ruled that a 2019 legislature change to the law governing mail-in ballots violated the Pennsylvania constitution. ‘State.

The opinion describes the history of mail-in votes in Pennsylvania, which began with the 1864 presidential election, when many Pennsylvania men were members of the Union Army and out of state.

However, in a lengthy decision, the Commonwealth Court ruled that the legislature had no power to make this change.

Section 14 of Article VII of the state constitution authorizes the legislature to provide a method of voting – such as mail-in ballots – for residents who will be “absent from the municipality of their residence because their duties, profession or business require them to be elsewhere”; are “unable to get to their polling place due to illness or physical disability”; or unable to vote at their polling place due to their “observance of a religious holiday”.

In other words, the Pennsylvania Constitution does not allow no-fault mail-in voting and the only way to change that in Pennsylvania is through a constitutional amendment according to the Commonwealth Court.

Of course, what remains unanswered is how many mail-in ballots were accepted by Pennsylvania election officials in the 2020 election under this amendment that has now been ruled unconstitutional? The voters did nothing wrong, but their votes should never have been counted because they were cast illegally.

The decision has already been appealed to the Supreme Court of Pennsylvania, which has five elected Democratic and two Republican justices.

In New York, a second lawsuit has been filed against a New York City law that allows permanent resident aliens and aliens authorized to work in the United States who have resided in New York for at least 30 days to vote. in local elections.

The first lawsuit claims the new law violates the New York State Constitution, which makes citizenship a qualification to vote in all state, local and municipal elections in New York.

The second lawsuit was filed by the Public Interest Legal Foundation (of which I serve on the board) on behalf of four registered African-American voters in New York, including Fox News columnist and commentator Deroy Murdock.

This lawsuit is being brought under the 15th Amendment to the United States Constitution, the last of the Reconstruction Amendments ratified in 1870, which prohibits the franchise from being “denied or abridged…on account of race, color or of a previous condition of servitude”.

The complaint claims that the New York City law violates the 15th Amendment because it was passed “for the racially impermissible purpose of intentionally reducing the voting strength of black voters and other racial groups in New York.”

The complaint cites very specific statements made in public hearings by members of the city council, such as former council member Ydanis Rodriguez, which make it clear that this law had a “coherent and explicit racial objective” to increase the number of votes from Hispanics and Asians, thus diluting the vote of the city’s black and white residents. Such a racial ground in the enactment of election laws is prohibited by the 15th Amendment.

On February 7, in response to an emergency appeal from Alabama, the United States Supreme Court, in a 5-4 decision in Merrill v. Milligan, suspended a lower court ruling ordering Alabama to redraw its new congressional districts by Feb. 11, despite the state’s primary mail-in voting period beginning in less than two months starting now March 30.

As Judge Brett Kavanaugh explained in his agreement, the stay was not based on the merits of the lower court’s decision, but on the fact that it was too close to the election. As the Supreme Court has previously ruled, “federal district courts should not normally bar state election laws in the period near an election.”

It was a strange decision which itself could have violated Article 2. Why? Because Alabama has had seven congressional districts for more than 50 years, since 1970. Out of those seven districts, it has had a “majority-minority” district in which black Alabamians are in the majority and therefore can elect “their candidate of choice”. “since 1992.

Only slight changes have been made to the boundaries. Yet the lower court suddenly asserted that the state should have created two “black” districts and was somehow racially discriminating and diluting the votes of black Alabamians when it failed to do so, despite the fact that the Alabama’s black population today is proportionally virtually the same as after the 2010 census.

Although its ruling has now been stayed, the lower court apparently thinks black Alabamians should get a second congressional district because they make up about a quarter of the population.

The court appears to violate or ignore the specific wording of Section 2 of the Voting Rights Act, which categorically states that “nothing in [Section 2] establishes the right to have members of a protected class elected in numbers equal to their proportion in the population.

As Kavanaugh noted, “the case law in this area is notoriously unclear and confusing.”

The result of the Supreme Court’s decision is that the case will now proceed at a normal pace, which means that the Supreme Court will not make a decision on the merits until “the Court receives full disclosure, held oral argument, and engaged in our usual thorough business. internal deliberations,” Kavanaugh said.

Finally, several new voter fraud convictions across the country, from Texas to California to Tennessee, illustrate that fraud is happening in our elections, contrary to what you constantly hear from the mainstream media and of those who oppose common-sense reforms.

The convictions include Memphis Black Lives Matter chapter founder Pamela Moses, a convicted felon on previous charges of evidence tampering and tampering, as well as misdemeanor charges of perjury, harassment and theft.

She presented a false certificate claiming that she was no longer on probation and therefore entitled to register and vote again. She was found guilty of registration fraud by a jury, and the judge reprimanded her for “cheating” the probation service and illegally voting six times.

Three people from Gregg County, Texas, including a county commissioner, his wife and a campaign staffer, pleaded guilty to voter fraud in the 2018 Democratic primary election for Longview City Council. (The case demonstrates that sometimes voter fraud is committed against other members of the same party.)

They staged a scheme to harvest more than 100 mail-in ballots by “helping” voters with mail-in ballot applications, misleading them about the requirements for those ballots, and filling out the applications, claiming sometimes mistakenly that voters were disabled, without their knowledge or consent.

And finally, in Compton, Calif., three people have pleaded guilty to illegally registering to vote in the June 2020 city council runoff at the address of a former city council member, despite not didn’t live in Compton.

That race was decided by a vote, and fraud charges against three other people, including the city council member who won that race, are still pending.

It was a stark example of what the United States Supreme Court said in its 2008 decision in Crawford v. Marion County Electoral Board:[N]Not only is the risk of voter fraud real, but…it could affect the outcome of a close election.

As all of these developments show, the fight to ensure the integrity of elections and fair representation in our democratic process continues.

This piece originally appeared in The Daily Signal