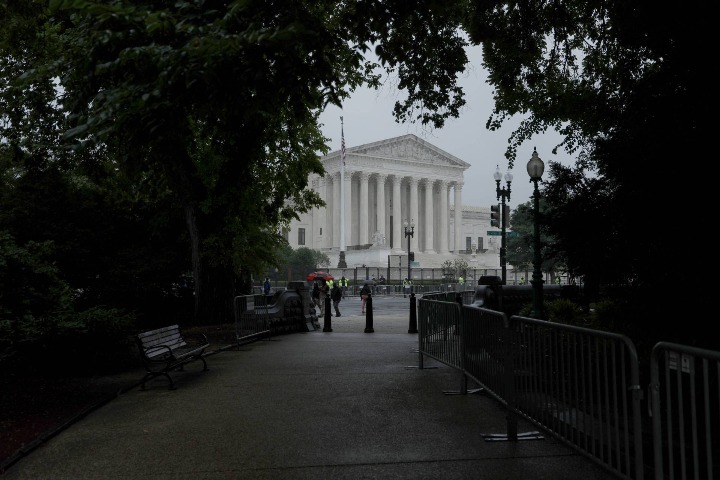 The U.S. Supreme Court on Thursday struck down New York’s 109-year-old law that imposed strict restrictions on carrying concealed firearms outside the home for self-defense, a decision that does not It wasn’t unexpected but will likely reverberate across the country and could expand gun rights in states with similar laws.

The 6-3 decision plunged into the heated debate over people’s individual constitutional right to own and bear arms, especially in public. The three liberal justices on the court dissented.

The decision came as the Senate was set to pass a bipartisan gun safety package after a series of mass shootings across the United States this year.

Judge Clarence Thomas argued that any limitation on carrying firearms outside the home conflicts with the Second Amendment. He wrote that the amendment protects “an individual’s right to carry a handgun for self-defense outside the home.”

“This right is not a second-class right,” he added. “We know of no other constitutional right that an individual can exercise only after demonstrating to government officials a particular need.”

About a quarter of the entire US population lives in states that could be affected by the decision. Judge Thomas wrote that California, Hawaii, Maryland, Massachusetts, New Jersey and Rhode Island have similar laws to New York.

Hochul said the decision came at a painful time as New York still mourns the deaths of 10 black people who were killed in a mass shooting at a Buffalo supermarket by a white supremacist.

“We don’t need people walking into our subways, restaurants and movie theaters with concealed weapons. We don’t need more guns on our streets,” she said.

President Joe Biden said he was “deeply disappointed” by the decision. He urged states to enact their own laws to address gun violence.

Thomas said that “there is no historical basis for New York actually declaring Manhattan Island a ‘sensitive location’ simply because it is overcrowded and generally protected by the New York Police Department”.

Judge Stephen Breyer, writing on behalf of the dissenting justices, cited the 277 mass shootings in the United States this year as reason for his opposition.

“Many states have attempted to address some of the dangers of gun violence just described by passing laws that limit, in various ways, who can purchase, carry, or use firearms of various types,” he said. he wrote. “The court today weighs heavily on states’ efforts to do so.”

Breyer said the decision was unclear on where it was safe for people to carry a gun: “What about subways, nightclubs, cinemas and sports stadiums? The court don’t say it.”

New York State’s gun law, in effect since 1913, was one of the strictest in the country. He had required people wishing to carry a concealed handgun in public to demonstrate a “good reason” for obtaining a license to do so. But the justices said the requirement violates the Second Amendment right to “keep and bear arms.”

New York State also issues unlimited licenses allowing a gun owner to carry a gun anywhere, but these are primarily for hunting, target shooting, or use between place of work and home.

The challenge to the New York law came from the New York State Rifle and Pistol Association (NYSRPA), a gun advocacy group, and Robert Nash and Brandon Koch.

Nash and Koch sued because they were denied licenses in New York, suggesting that “the state makes it virtually impossible for the ordinary law-abiding citizen to obtain a license.”

However, they were allowed to carry firearms for training and hunting away from populated areas, state officials told the Supreme Court. Koch was authorized to carry a firearm to and from work.

“The legal, legal gun owner in New York State will no longer be persecuted by laws that have nothing to do with human safety and will do nothing to make people safer,” a King said in a statement.